Around 40 buses are expected to be sold in 2019, says, general manager of manufacturer Anadolu Isuzu. 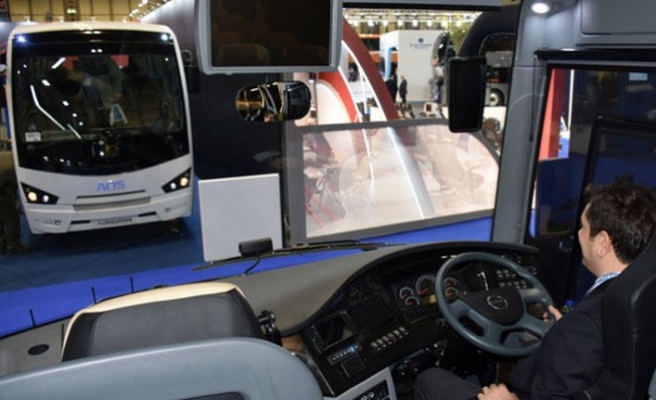 Turkey's right-hand-drive indigenous bus was exhibited for the first time at an international fair held on Oct. 30-Nov. 1 in the U.K.

Visigo HyPer -- the first RHD bus model of Turkish company Anadolu Isuzu -- was put on display for the U.K. market at Euro Bus Expo 2018 in Birmingham.

Tugrul Arikan, general manager of the company, told Anadolu Agency that their RHD buses were only manufactured for the U.K. market.

Euro Bus Expo 2018 is the Europe’s biggest bus and coach exhibition of the year, according to its website.

Anadolu Isuzu is an open joint stock company, whose main field of activity is production and sales of commercial vehicles such as light truck, truck, midibus, bus and pick-up.