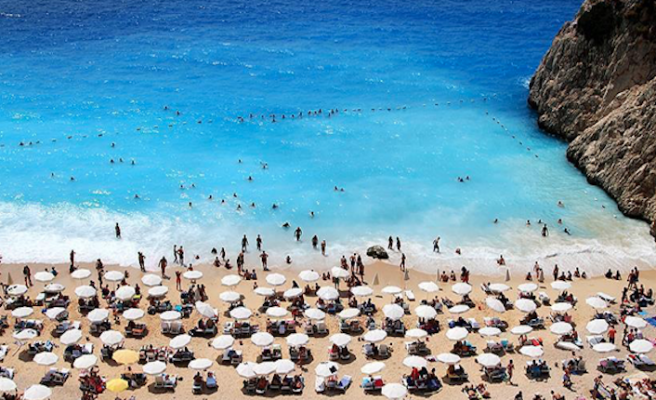 The country's revenue rose 1 percent in the third quarter of 2018, up from $11.4 billion in the same quarter in 2017, the Turkish Statistical Institute (TurkStat) said in a statement.

Nearly 82 percent of the income (excluding GSM roaming and marina service expenditures) was earned from foreign visitors, while 18.2 percent was received from Turkish citizens living abroad.

The average expenditure per capita in the third quarter of 2018 was $612.

Turkstat said visitors spent the most on food and beverages, accommodation, and transport between July and September.

Foreign visitors spent over $904 million on shoes and clothes and $354 million on souvenirs in addition to $23.9 million on carpets and rugs.

According to TurkStat, their top accommodation choice was hotel/motel/pension.

The number of Turkish citizens visiting abroad dropped 9.9 percent to reach 2.3 million people during the same period, with average spending of $534 per capita.