Turkey aims to bring a new impetus to the G20 and B20 process by developing an inclusive approach to the global recovery. 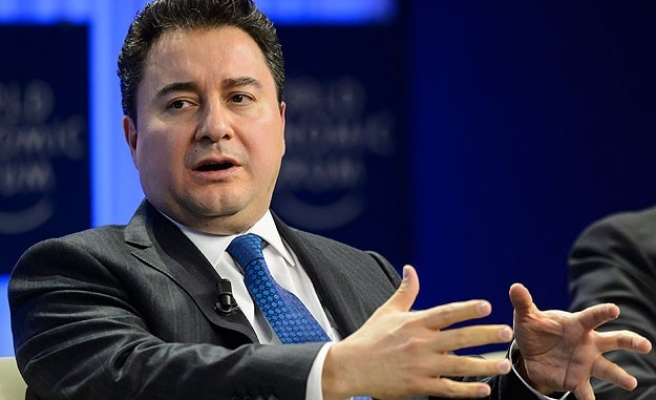 Turkish Deputy Prime Minister Ali Babacan said on Monday that Turkey aims to bring a new impetus to the G20 and B20 process by developing “an inclusive approach” to contribute to the global recovery and robust growth.

Speaking separately at the G20 and B20 Turkey inaugural meetings in Istanbul, Babacan said 2015 will be an important year for Turkey which will take on both G20 and B20 presidencies.

"In 2015, Turkey will support dialogue between the business world and global policymakers by means of G20 and B20," he said.

Turkey's presidency of the G20 group of major economies started on Dec. 1, with a commitment to fight global inequality. The country will host the 2015 G20 summit in Antalya, a southwestern province which is home to the country’s biggest international sea resort.

Stating that the success of Turkey's presidency depends on the contribution and collaboration of G20 countries, Babacan said inclusivity, implementation and investment are the main goals of the Turkish G20 leadership role.

"Inclusiveness has both domestic and global dimensions," said Babacan, adding that in terms of the domestic dimension, they will support small and medium-sized enterprises, follow up commitments on strengthening gender equality in employment as well as addressing youth unemployment.

"Both in developed and developing countries small and medium-sized enterprises have a crucial role for boosting employment, competitiveness and, as a result of these of course, growth" said Babacan.

Babacan, emphasizing that Turkey would not only focus on youth unemployment, said: "Turkey will also focus on decreasing the gap between the male and female employment rates and will try to increase women’s employment.”

The senior minister also said that Turkey, in its G20 presidency, aims to make the body reach out to low-income countries and be attentive to non-member states.

"In 2015, Turkey will be a bridge between developed and emerging economies," Babacan said.