Turkey is now working with Franco-Italian Eurosam consortium to develop its own defense system, says minister 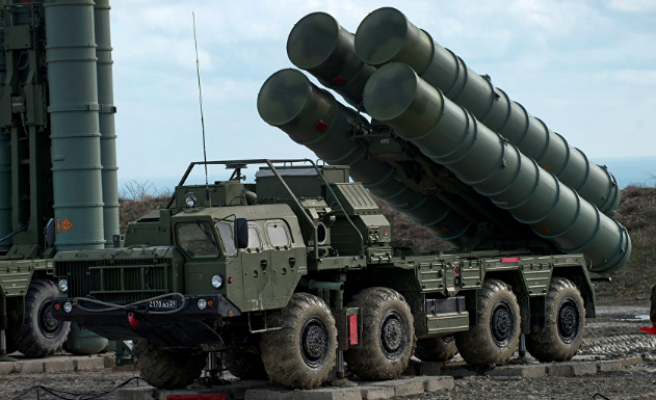 Turkey has "completed" the purchase of the S-400 air-defense system from Russia, Turkish Defense Minister Nurettin Canikli said on Saturday.

The S-400 is Russia’s most advanced long-range anti-aircraft missile system and can carry three types of missiles capable of destroying targets, including ballistic and cruise missiles.

It can track and engage up to 300 targets at a time and has an altitude ceiling of 27 kilometers (17 miles).

"In addition to the S-400, Turkey also made preliminary agreements with the Eurosam countries to develop, produce and use the air defense system in order to improve its long-term domestic national capacity," Canikli told reporters in the Black Sea province of Giresun.

"We especially aim to have our own technology," the minister added.

On Wednesday, a letter of intent was signed between Turkey, France and Italy to develop an anti-ballistic missile.

Under the pact, Turkey’s defense industry and the Franco-Italian consortium will work together to determine needs and priorities for the potential joint production of a SAMP-T anti-ballistic missile system.