Turkey has long pressed for a safe zone, backed up by a no-fly zone, to protect its borders and provide protection for refugees on Syrian soi 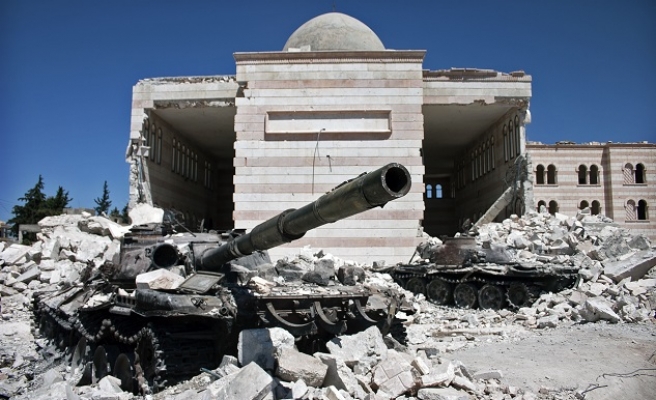 Turkey said on Wednesday it was seeking to create a "safe line" inside Syria that would include the flashpoint northern town of Azaz near the Turkish border.

Turkey has long pressed for a safe zone, backed up by a no-fly zone, to protect its borders and provide protection for refugees on Syrian soil.

Akdogan did not elaborate on the dimensions of the proposed zone or how it could be created.

Alarmed by the advances of Democratic Union Party (PYD) forces in Aleppo province near the border, Ankara has in recent days bombed their positions, defying international calls for a halt to the strikes.

Turkey accuses fighters from the PYD in Syria of links to the terrorist Kurdistan Workers' Party (PKK), which has waged a decades-long insurgency against the Turkish state.

The fate of Azaz is of particular concern to Turkey, with Prime Minister Ahmet Davutoglu making clear Ankara will not allow PYD fighters to take it from the Syrian opposition.

The Turkish shelling in northern Syria has troubled an already complicated situation in Aleppo province, where regime forces have made significant advances with backing from Russian air strikes.

Turkey has set up several camps inside Syria near Azaz to house Syrians fleeing the regime's strikes.