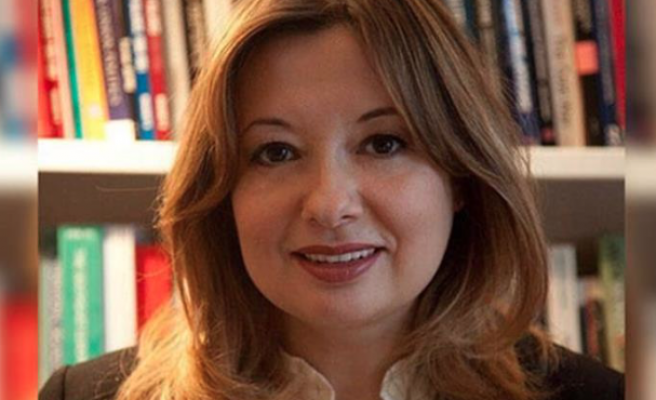 In a televised interview Gulnur Aybet, a professor of International Relations, flagged a number of issues, which strained the U.S. and Turkey relations recently.

“Turkey would like to see a stable Middle East where the conflicts are ended,” she said.

Referring to U.S. relations with the YPG, the Syrian offshoot of the terror group PKK, the issue remains unsolved since the group is being armed. She said the presence of YPG elements in Syria is a vital point to a solution, as it is “an absolute red line” for Turkey.

The PYD and its military YPG wing are Syrian branches of the PKK terrorist network, which has waged war against Turkey for more than 30 years.

She said the YPG's putting up the terror group’s flag and poster of its leader Ocalan was a “clear indication as to how much they are linked together and they are one and the same.”

She also said the U. S. has been uncomfortable about the incident although they kept repeating that this was a decision they had to make to arm the group to take Raqqa quickly.

Remarks by Mevlut Cavusoglu came after Trump and Erdogan spoke over the phone on Friday to discuss the recently-concluded Sochi summit, Syria crisis and bilateral ties.

"Mr. Trump [...] clearly stated that weapons will not be given to YPG anymore and said that essentially this nonsense should have been ended before," Cavusoglu told reporters in a joint news conference in the capital Ankara.

She was asked whether Turkey is looking more to the east rather than to the west when it comes to middle east policy and foreign affairs". Also, it is not clear whether Trump has been invited to the Sochi summit between Iran, Turkey and Russia, on Syria. Her response was, “World is changing, the region is changing. Turkey […] as a rising power, has to calculate these relations to take care of what it was to see as a stable environment, especially when there is a lack of leadership.”

On Turkey and the European Union relations, she said the Europe leaders should understand Turkey’s situation, adding, “A country that has suffered a coup and also is facing terrorist threats from three terrorist organizations at the same time, Gulenist movement, as well as the PKK and Daesh. That is why emergency measures have to be in place.”

She went on to say, “instead of criticizing, Turkey’s allies have to help Turkey to overcome this period where it needs to stabilize the security situation.”