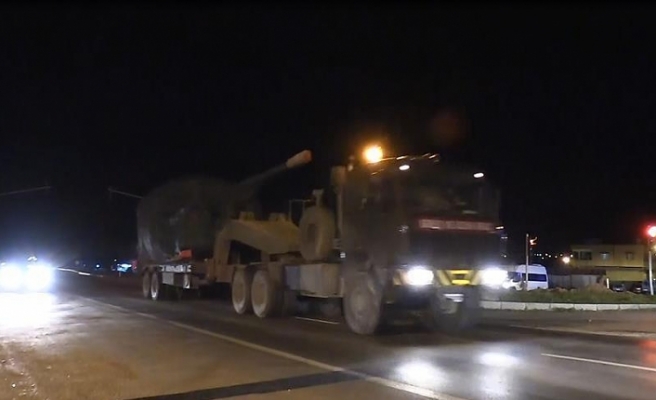 Turkey sent military reinforcements to its southern Gaziantep province near Syrian border on Saturday, according to Anadolu Agency correspondent in the area.

A military convoy carrying howitzers first arrived in Hatay province then in Gaziantep as part of Turkey's recent military reinforcements ahead of a possible counter-terrorism operation in northern Syria.

Turkey has been reinforcing its military presence on the border with Syria since Turkish President Recep Tayyip Erdogan has signaled that Ankara will soon launch a cross-border operation against the terrorist YPG/PKK in northern Syria.

Since 2016, Ankara has successfully carried out two similar military operations in northern Syria.