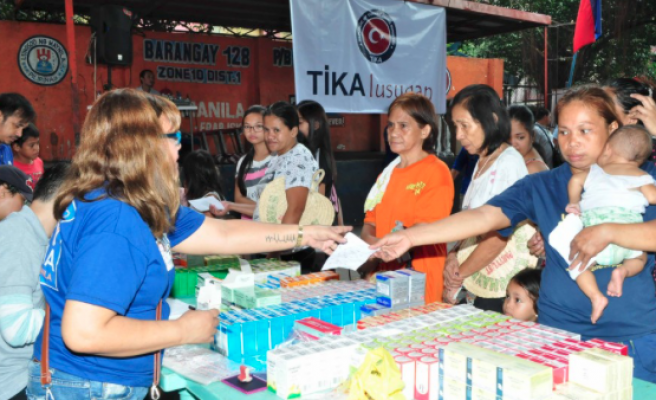 The Turkish Cooperation and Coordination Agency (TIKA) Philippines has successfully organized a medical mission in the district of Sampaloc, its fifth of the six scheduled sessions in the capital Manila.

According to TIKA project assistant Rahib Abdullah, the international development cooperation arm of the Republic of Turkey aims to deliver humanitarian assistance and other health services to Filipinos.

"TIKA has a lot of projects… but it’s more on livelihood assistance in the Philippines,” said Abdullah as quoted by state-run Philippine News Agency.

Abdullah also disclosed a project coordinated with Gawad Kalinga, a Philippine-based poverty alleviation foundation, which will be implemented this month as well as feeding programs in partnership with the Department of Education.

Following the success of the projects started in the Philippines’ capital, similar projects are to be replicated in other cities in the country.

Lacuna-Pangan said TIKA Philippines’ director told her that feeding programs and other projects will be held in the coming months as the string of medical missions is set to conclude next week.

TIKA is the pioneer institution under the Prime Ministry of the Republic of Turkey responsible for the implementation of development projects and programs in more than 100 countries covering health and humanitarian programs, education and agriculture.