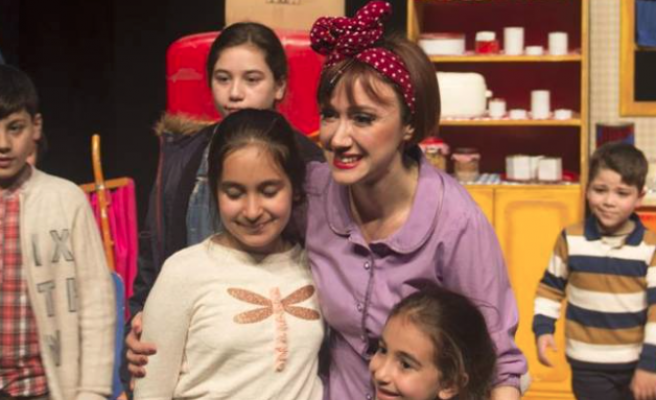 A group of Syrian children and their mothers saw a Turkish play Friday in Istanbul as part of their orientation to life in Turkey.

Around 150 Syrian refugees enjoyed the play organized as part of ongoing orientation projects by the Istanbul Greater Municipality.

The Women and Democracy Association (KADEM) and the Disaster and Emergency Management Authority (AFAD) also helped organize the special day for the refugees.

KADEM's Sezen Gungor said most refugees lack such social activities and so the event "served a purpose."

The Syrian civil war has killed hundreds of thousands of people and displaced millions, according to UN figures.

Turkey is home to some 3 million Syrian refugees who have taken shelter in the neighboring country after fleeing the war at home.

Ankara has spent $25 billion helping and sheltering refugees since the beginning of the Syrian civil war.

The country, with its state-based institutions and many non-governmental humanitarian aid organizations, is making every effort to meet the needs of Syrian refugees, including shelter, food, clothing, health, and education, as well as social activities to make their lives easier.