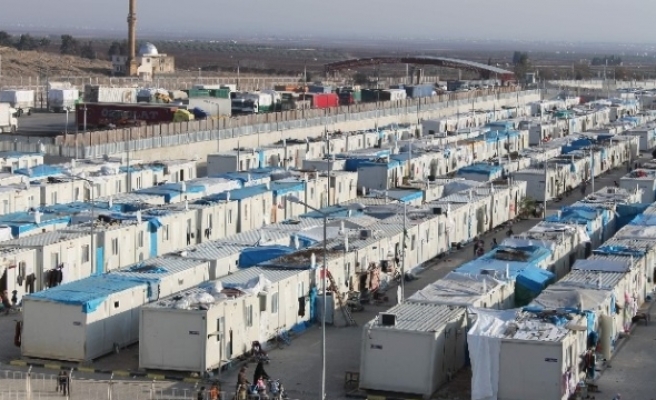 Syrian refugees are backing moves to nominate a southern Turkish province for its role in helping over 100,000 people who have fled the war across the border.

Kilis has seen its population swell and is now hosting 127,000 refugees.

Sharif Sheik, who resides in the Elbeyli refugee camp which hosts 24,000 people, told Anadolu Agency that the Turkish government and Kilis residents had treated Syrian refugees “like a brother”.

"Turks shared their bread and even homes without expecting anything in return; we back Kilis' nomination for the Nobel and, God willing, it will get the nomination and win," said Sheikh.

On Monday, the U.S. State Department’s Population, Refugees and Migration Office praised Kilis, which was put forward for the Nobel nomination by an MP from Turkey’s ruling Justice and Development (AK) Party.

Ahmad Zamut, who came to Kilis three years ago, said Syrians had formed "very good" friendships with local people and received a lot of support.

Stressing that the Kilis population was now outnumbered by the number of Syrian refugees, Zamut said "Kilis deserves this nomination".

Farah Reslan told Anadolu Agency that Syrians had also sought shelter in Jordan, Lebanon and European countries, but could not live in the comfort they found in Turkey.

"Kilis people have not left us alone, that's why. The prize should go to them; they deserve it," said Reslan.

Of these, 127,000 are officially registered in Kilis, far exceeding the local population of around 90,000.