Turkey: Terrorists cannot be allies of US

YPG/ PKK terrorists in Syria can not be US' allies, Erdogan's aide says after US Senator terms them 'Kurdish allies' 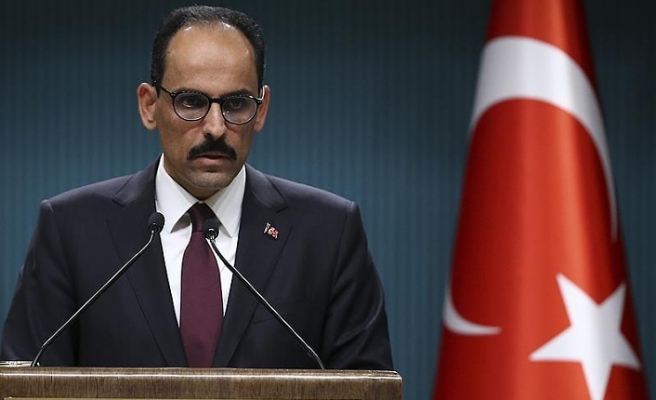 "Dear @LindseyGrahamSC You know and have stated publicly more than anyone else the direct link between the terrorist PKK and its Syria branches PYD & YPG," Ibrahim Kalin said on Twitter.

Kalin's remarks come a day after Graham dubbed terrorists in Syria "Kurdish allies" of the U.S.

Graham tweeted: "I learned a lot from President @realDonaldTrump about our efforts in Syria that was reassuring.

"The President will make sure any withdrawal from Syria will be done in a fashion to ensure: ISIS is permanently destroyed, Iran doesn’t fill in the back end, and our Kurdish allies are protected.

"President @realDonaldTrump is talking with our commanders and working with our allies to make sure these three objectives are met as we implement the withdrawal.

U.S. troops in Syria have been cooperating with the YPG/PKK to fight Daesh, against Turkey’s objections that using one terror group to fight another makes no sense.

In its more than 30-year terror campaign against Turkey, the PKK -- listed as a terrorist organization by Turkey, the U.S. and the EU -- has been responsible for the deaths of nearly 40,000 people, including women and children. The YPG/PYD is its Syrian branch.