Turkey to atone for 'past wrongs' against Alevis 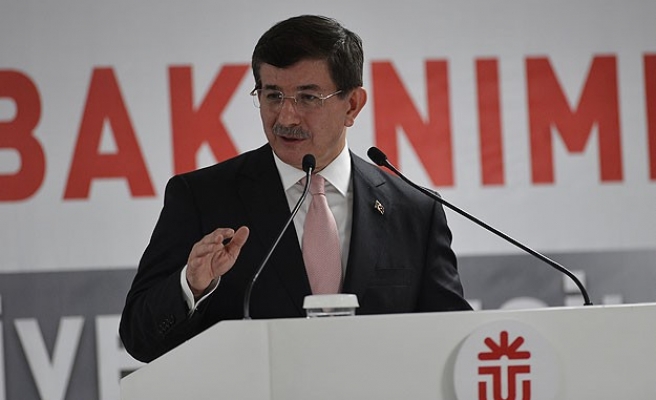 Turkish Prime Minister Ahmet Davutoglu announced on Sunday that his government will make a series of moves to atone for previous discriminative conduct by the state against the country's Alevi minority.

"It is our promise to you that the state will try and adopt a new tone, as there is no longer room for an imposing and oppressive mode of politics in the new Turkey," Davutoglu said in his address at Tunceli University in eastern Turkey.

The Turkish premier had just returned from a week of landmark foreign visits to Australia, the Philippines and Iraq, as well as hosting U.S. Vice President Joe Biden in Istanbul.

He then travelled to eastern Turkey over the weekend to announce his cabinet's new initiatives for the Alevi people, who constitute Turkey's second-largest religious community after Sunnis.

Earlier this week, Davutoglu's aide, Yalcin Akdogan, told The Anadolu Agency that just like the prejudice that once existed towards the country's Kurds, the Alevi identity had long been suppressed and humiliated under past governments.

The Turkish premier said the old military post in Tunceli -- that was known once as Dersim before a state decree in 1935 changed its Kurdish name -- will be turned into a museum and called Dersim Museum.

The museum will be granted an allowance of 10 million Turkish liras ($4.5 million) and will serve as a memorial for the 1937 Dersim massacre.

More than 14,000 civilians, including women and children, were killed in an operation by the Turkish Armed Forces following an alleged riot in the city.

Around 12,000 people were also driven out of their homes during the operation.

He said in November 2011: "If there is a need for the Turkish state to apologize (for the incident in Dersim), I will apologize and am apologizing."

Following a report released in July by the State Auditing Board, the Turkish Presidency declared the 1993 Sivas incident, known as Madimak, a massacre.

The incident involved the deaths of 37 Alevis, mostly artists and leftist intellectuals, when their hotel was deliberately set alight by protesters in Sivas province in central Anatolia.

Davutoglu stated that his government will build roads to all cultural and religious venues in Tunceli and restore Alevi gathering and worshipping places.

A budget of 11 million Turkish liras ($4.95 million) has been allocated for these projects, he added.

Davutoglu also announced that the name of Tunceli University will be changed to Munzur University.

This will be done upon the request of university's Rector, Prof. Dr. Durmus Boztug, who asked for it to be renamed after the Alevi religious leader, Munzur Baba.

As part of the Sept. 30 democratization package, the government also changed the name of Nevsehir University in central Turkey to Haci Bektas-i Veli University.

This decision was taken in honor of Haji Bektash Veli, a prominent Alevi religious figure who lived and taught in Anatolia from 1209 to 1271.

Davutoglu maintained that they may include the different points of view on Dersim massacre in historical academic studies.

"We will do what is necessary to heal all wounds, rebuild our bonds of love to be stronger than ever, restore the fraternity between Alevis and Sunnis and prevent any attempts to provoke acts of violence in our country," he added.

"To us there is no and definitely will never be a description of internal threat on basis of ethnicity or sects. We will never regard our citizens as a threat," he added.

Davutoglu noted that their aim was to face and atone for the pains of the past and to build the future through dialogue.

"We will never allow any discrimination against either our Alevi brothers and sisters, or non-Muslims or any other segment of Turkish society," he said.

While concluding his remarks, Davutoglu stated that he was saluting all identities regardless of their ethnic identities as Alevi, Kurd or Zaza.

"As a Sunni Turk, a Turkish citizen and the Prime Minister, I state that any wrong attitude against them (non-Sunnis) will do the greatest harm to the Turkish state," Davutoglu added.