Foreign ministry spokesman says PKK terror group has used Iraqi soil as a base to attack Turkey for many years. 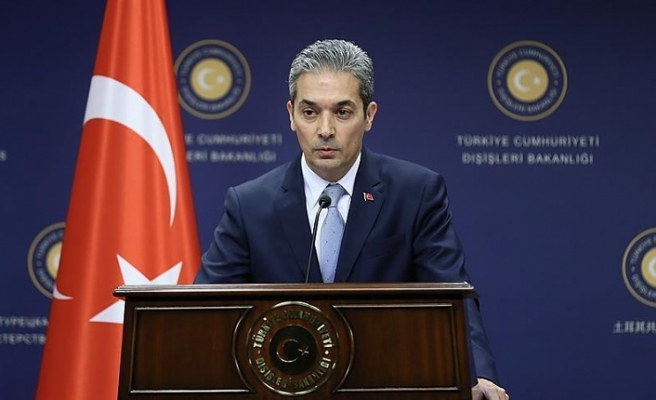 In a statement, Hami Aksoy said PKK terror group has used Iraqi soil as a base to attack Turkey for many years. “As a result of these attacks, tens of thousands of our people were killed," Aksoy added.

"Activities of PKK terror group on Iraqi and Syrian soils have been a national security issue for Turkey," he said.

“These counter-terror operations will continue as long as Turkey’s security needs require and terror organizations exist in Iraqi soils," the spokesman added.

Aksoy said that Turkey has repeatedly called on the Iraqi government to do its part to avert the activities of PKK terror group.

“Every kind of support is being given to Iraq in its fight against terror organizations. Same understanding and concrete cooperation are expected from Iraq," he said.

Aksoy said the Turkish Armed Forces respond to attacks from Iraqi soil as part of its right of self-defense stipulated in Article 51 of the United Nations Charter, when Iraqi authorities have not done what is necessary for the fight against terrorism.

On Thursday, the Turkish Armed Forces dealt a heavy blow to the PKK terror group in Sinjar and Mount Karajak regions, Aksoy recalled.

He said the forces exercised due caution to prevent civilian casualties.