Turkey to continue support for Afghanistan

Turkey has supported 800 projects worth $1B in Afghanistan, deputy foreign minister says 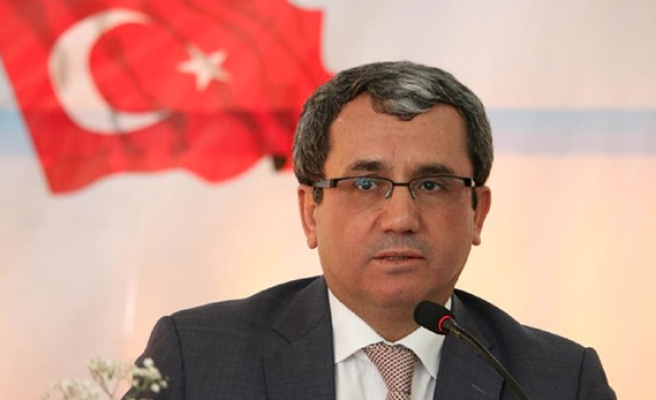 Turkey will continue to support Afghanistan’s efforts towards integration into the regional and global economy, the Turkish deputy foreign minister said Wednesday.

Speaking at the Regional Economic Cooperation Conference on Afghanistan (RECCA-VII) in Turkmenistan’s capital Ashgabat, Ahmet Yildiz said: “Our vision for Afghanistan is that of a peaceful and stable country, which enjoys good and cooperative relations with its neighbors while being at the heart of Asia.”

Turkey has given Afghanistan $1 billion in foreign aid and supported more than 800 projects, including those in the energy and connectivity sectors, he added.

He added that transport projects such as the Lapiz Lazuli corridor, the Chabahar Port, the Five Nations Railway Link, the Belt and Road initiative and the Regional Customs and Border Management Cooperation will revive Afghanistan’s economy.

He added that Turkish contractors had undertaken 627 construction projects worth $6 billion in Afghanistan.

Yildiz said that the Turkey-Afghanistan Joint Economic Commission session will be held soon.

Turkey had pledged $150 million in development aid to Afghanistan for the period of 2017-2020 during a conference in Brussels last year.

“The key issue for future of Afghanistan is to develop its economic and social infrastructure,” he said.

"This is how Afghanistan will be able to turn from a recipient of economic and financial assistance to an equal and full-fledged participant and partner of broad integration processes.

"We are convinced that a strong political, diplomatic and financial-economic assistance to these projects by the world community is direct support for Afghanistan to get new levels of development. The future of this country mostly depends on the degree and volume of international participation in all these projects."