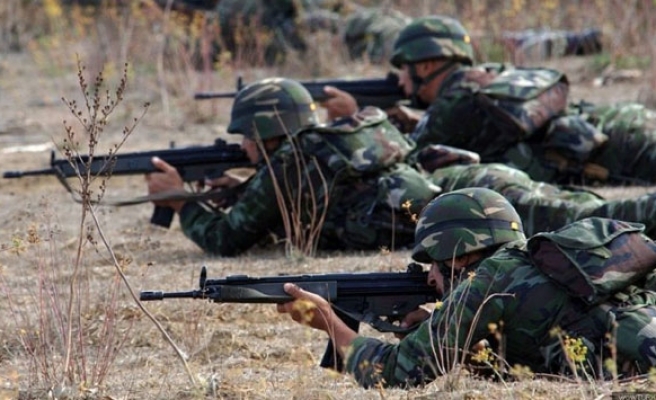 The Turkish Parliament voted on Thursday to deploy troops to the Central African Republic and Mali as part of U.N.-approved EU peacekeeping missions.

The decision comes on the second day of a Turkey-Africa cooperation summit that kicked off on Wednesday in Malabo, the capital of Equatorial Guinea.

Two hundred business leaders, along with a delegation led by Turkish President Recep Tayyip Erdogan, are attending the three-day summit.

"Turkey is already a part of multiple U.N., NATO and EU peacekeeping missions including those in Lebanon, Afghanistan, South Sudan, Darfur, Kosovo and Bosnia-Herzegovina among others," Deputy Prime Minister Bulent Aric told the parliament ahead of the vote.

The motion concerns three EU missions that Turkey has been invited to join, Arinc said, one of them being the European Union Force RCA mission in the Central African Republic.

The goal of the U.N.-mandated EU peacekeeping mission in the capital Bangui is to stabilize the region following an internal conflict that has lasted for more than a year.

"Currently 741 personnel from 12 EU member states, along with Georgia and Serbia, are taking part in this mission [established in April]," Arinc said.

Turkey is considering sending one staff member, specialized in transport and logistics, in accordance with the Common Security and Defense Policy, he added.

The other two missions are in Mali.

One is the EU Training Mission or the EUTM Mali; and the other is EUCAP Sahel Mali, which is a civilian mission established in April to support internal security forces in the West African country.

EUTM-Mali was established in January 2013 to train Malian armed forces for an initial period of 15 months.

Currently, 23 member states are contributing to the mission with military personnel.

"It is Turkey's strategic priority to take part in these missions both in line with its EU and African policies, the latter including active participation in peacekeeping missions," Arinc said.

Such contributions on Turkey’s part are not only in line with its approach to peacekeeping missions in general, but they also demonstrate Turkey's and the EU's joint attitude towards settling regional and international conflicts, he added.

Arinc also stressed that Turkey was obliged to take part in these missions as part of its international commitments.

The number of Turkish troops and other deployment details are yet to be decided, but the troops will be stationed in the two African countries for one year.

Christians, who account for the majority of the population in the Central African Republic, accuse Muslims of supporting former Seleka rebels blamed for attacking Christian homes, looting property and carrying out summary executions.

The U.N. Security Council adopted a resolution in 2012 that authorized the deployment of the African-led International Support Mission to Mali, known as AFISMA.

In early 2013, France sent troops to the West African country and, with the help of Chadian and other African forces, flushed out the Islamist militants from the country's main northern cities.

Since last month, however, armed groups in northern Mali have stepped up their attacks on peacekeeping forces.