Turkey to feed 5,000 quake victims a day in North Iraq 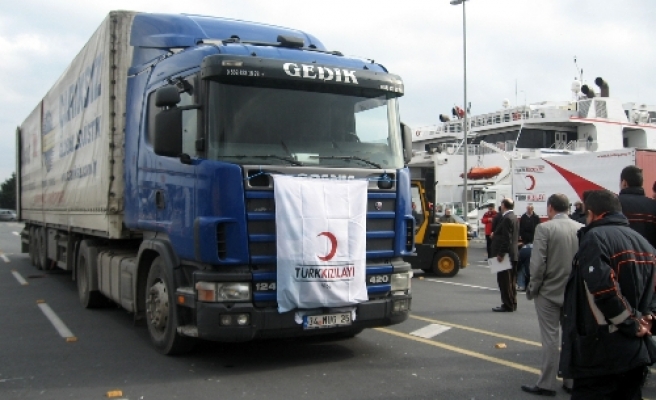 Turkey has dispatched a total of 70 trucks of humanitarian supplies to quake-hit regions in northern Iraq, the head of a Turkish aid agency said Tuesday.

“We came to the region without official figures about the damage, working together with the Iraqi Red Crescent,” Kinik said.

He said 5,000 tents that can shelter up to 30,000 people, 14,000 blankets, 10,000 beds, 3,000 heaters and one mobile kitchen were brought while Turkey's Disaster and Emergency Management Authority (AFAD) and health ministry staff engaged in search and rescue operations.

The Turkish Red Crescent was the first international aid agency to arrive in the quake-hit parts of northern Iraq.

Yassin Alma’muri, head of the Iraqi Red Crescent, thanked the Turkish aid agency and said the aid arrived in large amounts and swiftly.

“The head of the Turkish Red Crescent came to Baghdad and conveyed his support and condolences. We will continue our solidarity with Turkey in order to overcome the damage that the earthquake has brought”.

Turkey’s aid efforts are being coordinated with the central government in Baghdad and the Iraqi Red Crescent.

As a result of Sunday's 7.3-magnitude earthquake on the Iran-Iraq border, Iran's state news agency IRNA reported Tuesday that the death toll had risen to at least 432 with 7,817 injured.

Iranian officials also announced that 536 villages were destroyed, 12,000 houses had collapsed and at least 70,000 people were left without homes.