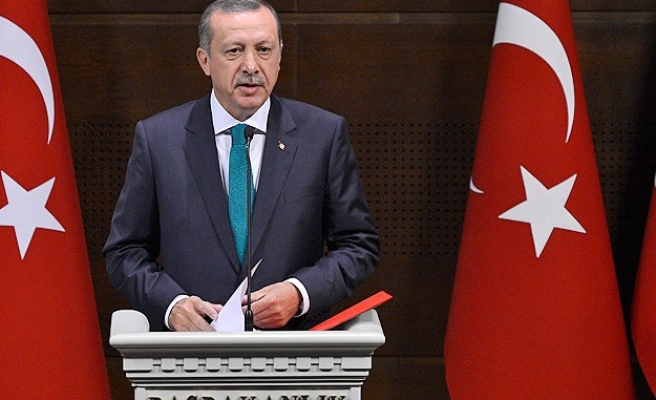 "We can see once again that cooperation in the health field is extremely important, as these are tumultuous times because of the Ebola epidemic," Erdogan stated during his speech in the Leaders Meeting of the Second Africa-Turkey Summit on Friday.

The three-day summit, which kicked off on Wednesday in Equatorial Guinea's capital Malabo, is expected to discuss plans and targets for the blooming partnership between Turkey and Africa over the next five years.

The Ebola epidemic roiling the African continent is the largest outbreak in history.

The World Health Organization, or WHO, has described Ebola as "one of the most virulent" viruses in the world.

The disease has killed at least 4,877 people since the beginning of February this year, with countries like Liberia, Sierra Leone and Guinea being hardest hit, with more than 1,012 cases being confirmed to date.

Abdel Aziz called on "Africa's friends" to provide financial aid to countries hit by the crisis.

"Cooperation with Turkey in various areas will help us overcome the challenges Africa faces today," he said.

"The Malabo Declaration to be agreed upon at the end of the Summit today aims to further Africa-Turkey relations," Mbasogo said.

During his speech, Erdogan also underscored that Turkey should "further cooperate" with Africa in the fields of agriculture, energy and health.

Erdogan also warned African countries of "some dangerous organizations," which conduct spying activities under the cover of education and humanitarian aid.

"We expect that our friends in Africa are aware of this threat and I would like stress that we are ready to share intelligence to tackle those organizations," he said.

This was a reference to U.S.-based Turkish Islamic preacher Fethullah Gulen.

The Gulen movement is active in education with private and charter schools in over 140 countries, including in Africa.