Turkey to not allow terror zone near Syria border 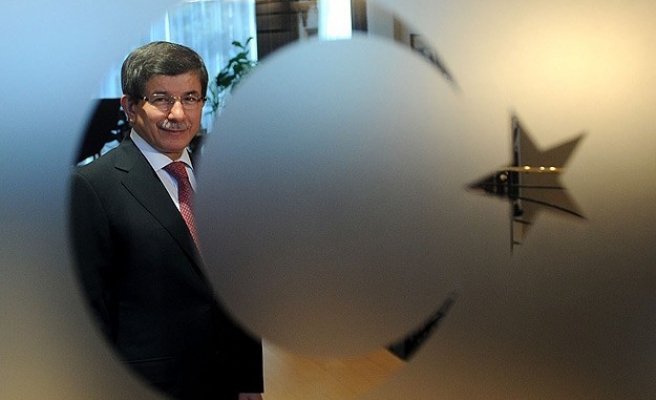 He said the government was watching all developments on the country’s borders carefully, adding that their attitude was very open and clear about the terror structure operating in northern Syria.

He said that a game was being played openly in northern Syria.

Turkish premier said that they are conscious of all games being played to install a terror structure in Turkey’s border region, adding that such a move would not be allowed.

"This determination will continue... I believe that the things that happened will make us more familiar. They will create problems and we will overcome those problems. They will separate us and we will hug each other warmly," Davutoglu added.

He told that terror barons and their political branches were trying to pull Turkey into a terror swirl.

"Their goal is creation of conflict and chaos, not the nation's peace, stability and happiness," he added.

Davutoglu underlined that terrorism hurt people living in the east and southeastern regions of Turkey the most.

"But they should know for sure that they cannot break the brotherhood of this nation or block Turkey," he said.

He said Turkey will continue its fight against terrorism.

He said the investigation into the incident was about to come to an end and promised to take all measures to ensure Ankara's peace and security.

Ankara was hit by a car bomb on Feb. 17 that left 29 people dead and at least 80 others injured. The attack, which was blamed on the terror groups PKK and YPG, came four months after twin bombings attributed to ISIL that killed 103 people in the capital, marking it as the deadliest attack in Turkish history.

The YPG is the armed wing of the PYD, the PKK’s Syrian affiliate. Turkey sees all three groups as terrorist organizations.

Turkey’s southeast has been the scene of a significant anti-terrorist operation since mid-December.

PKK – also recognized as a terrorist organization by the U.S. and the EU – resumed its 30-year armed campaign against the Turkish state in late July 2015.

Since then, more than 270 members of the security forces have been martyred and thousands of PKK terrorists killed in operations across Turkey and northern Iraq.