Mawlid al-Nabawi, a celebration of the birth of the Prophet Muhammad, will be held across Turkey 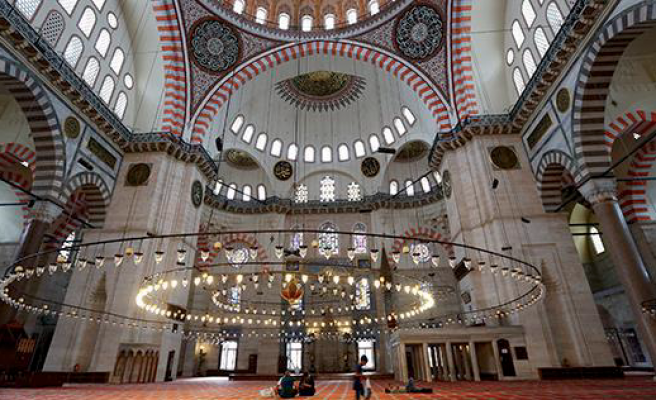 Turkey will celebrate the birthday of the Prophet Muhammad, a day known for its spiritual atmosphere, on Wednesday evening.

Muslims across the country will flock to mosques to reaffirm the ideals of Islam and recite poems dedicated to the Prophet during the occasion known as Mawlid al-Nabawi.

Mawlid al-Nabawi refers to the birth of Prophet Muhammad.

Religious programs will be held at mosques in all provinces across Turkey.

On this sacred night Muslims perform prayers and read the holy Qur'an at mosques in addition to praying and listening to hymns praising the Prophet.

Muslims across the world will also observe the 12th of Rabi-ul-Awwal, the birth anniversary of Prophet Muhammad, as the day varies from country to country over the lunar calendar. The Prophet died on the same day as that of his birth, at the age of 63.

The day is a public holiday in Muslim-majority countries, including Pakistan, Indonesia, Malaysia, Bangladesh and some parts of India.