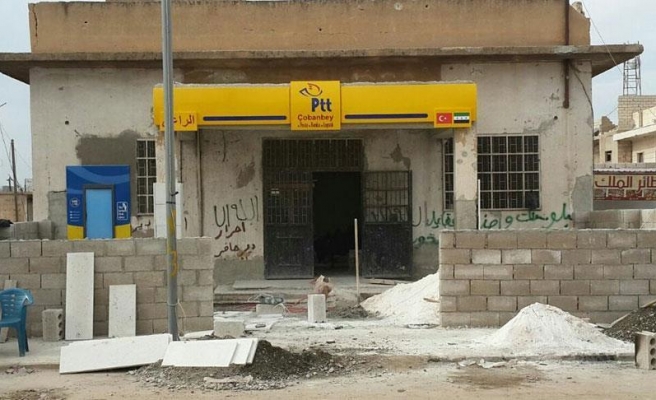 Turkey provides educational, healthcare and security services in parts of northern Syria from which the Daesh terrorist group was ejected earlier this year by a Turkish military operation.

Postal, banking and logistics services will be provided once the Turkish General Directorate of Post and Telegraph Organization (PTT) opens branches in both towns.

A building in Al-Bab was recently renovated to be used as a PTT branch office.

In Cobanbey, located across the border from Turkey’s Kilis province, preparations for a new PTT branch office reportedly stand on the verge of completion.

Last month, the PTT opened a branch office in the Syrian city of Jarabulus, located near Turkey’s Gaziantep province.

An official inauguration ceremony, however, has yet to be carried out.