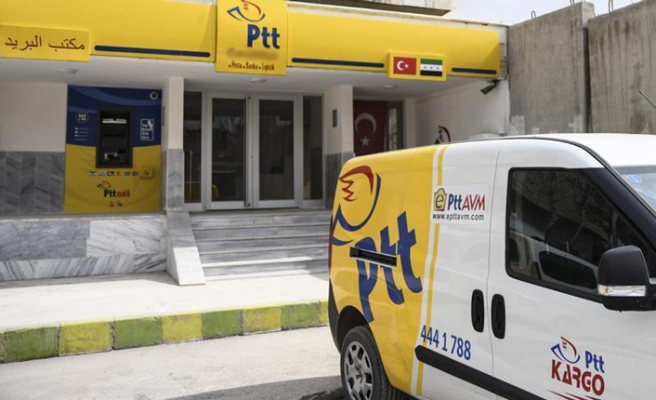 The Turkish post office is preparing to open a new branch in Afrin, a northern Syrian city liberated from terrorists this January by Turkish soldiers.

A building formerly used as a post office by the Assad regime was renovated to be the Turkish Post and Telegraph Organization’s (PTT) Afrin branch.

The branch will provide mail, banking, and logistics services to Syrians as well as local Turkish officials.

Afrin was liberated from YPG/PKK terrorists by Turkey’s Operation Olive Branch in January 2018.

The PTT currently serves in five cities in Syria, as it opened branches in Azaz, Jarabulus, Al-Bab, Cobanbey, and Mare.