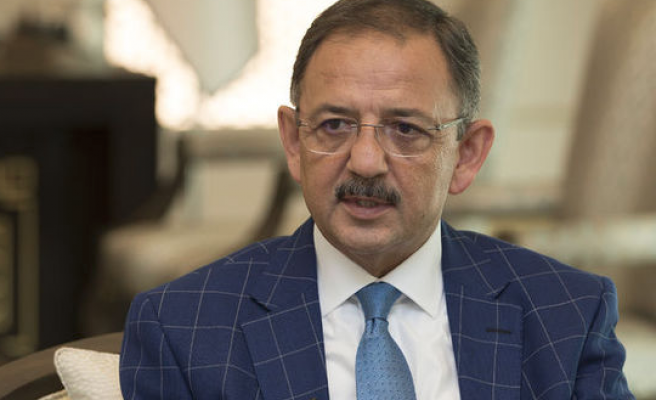 Thousands of homes damaged by terrorism are to be rebuilt over the next six months, Environment and Urbanization Minister Mehmet Ozhaseki said Thursday.

He also said a total of 70,000 homes had been damaged in southeast Turkey during counter-terrorism operations launched in the months after the PKK resumed its terror campaign in the summer of 2015.

“We have to rebuild and give out 26,000 new houses to our terror-effected citizens,” he said.

“We are going to complete this process in six months, there is no problem about that.”

Speaking about the state’s dual role in combating terrorism while also providing for its populace, Ozhaseki added: “One is the hand of strength. The state strikes with its powerful hand to bad and anarchist people.

“The other one is compassion. This hand goes out and binds wounds. What we do is to heal those victimized people’s wounds.”

The minister also revealed that military compounds currently sited within urban areas would be moved further out of cities and towns.

“Military compounds, 50 to 60 years ago, were places for the army’s use but the cities have massively grown to a point where they swallow those compounds,” he said.

In the past, terror attacks on military bases have resulted in civilian casualties and moving them away from residential and business areas would reduce this risk.

Ozhaseki said the abandoned military camps would be turned into parks and recreational facilities.