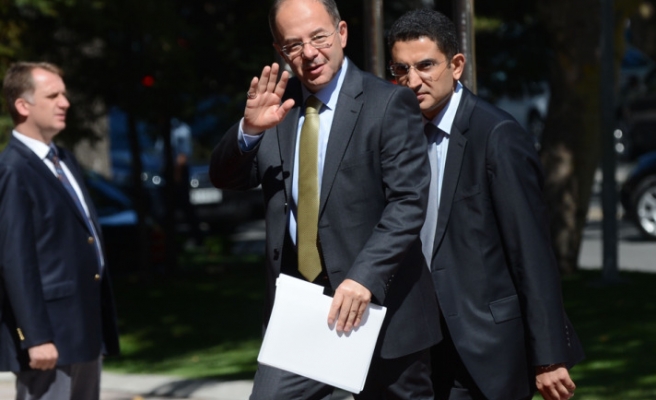 Ankara will make efforts for the development and progress of people in the Turkish Republic of Northern Cyprus, Deputy Prime Minister Recep Akdag said on Friday.

"We will strive for the progress, development, peace and welfare of the Turkish people in Cyprus. That is what we are doing right now," Akdag said during a meeting with Turkish Republic of Northern Cyprus Minister of Economy and Energy Ozdil Nami in capital Ankara.

Akdag said Ankara and Lefkosa were currently working on projects on economic cooperation and development.

Nami said they will sign a protocol on standardization and conformity assessment with the Turkish Standards Institute (TSE).

"The TSE will completely share its opportunities with the equivalent body in the TRNC. The necessary trainings and technological investments will be realized within this framework, so we are really satisfied," he added.

Nami said although the TRNC's economy is small, it has "highly qualified" individuals, adding: "That is why we say that with right policies we can get rapid growth."

He also called on countries, particularly Europe, to establish a relationship with the TRNC.

"Unfair isolations on the TRNC should end," Nami said.