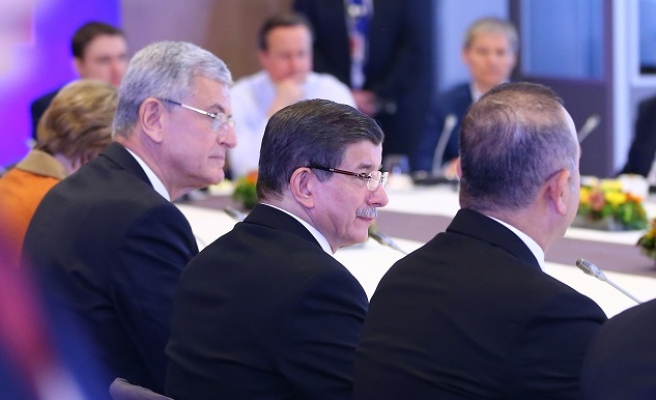 Turkey has put up a number of demands Monday at the EU summit mainly focused on tackling the ongoing refugee crisis, Reuters claimed.

According to the reports, European diplomats said that at a preparatory meeting with German Chancellor Angela Merkel and Dutch Prime Minister Mark Rutte on Sunday night, Turkish Prime Minister Ahmet Davutoglu demanded more than the €3 billion earmarked so far to support Syrian refugees in Turkey.

One source claimed Ankara was seeking €20 billion, in return Turkey will take back all non-Syrian refugees from Europe.

Turkey also wants acceleration of EU accession talks as well as visa-free travel in the EU from June, instead of waiting for a planned October review of preparatory measures.

One EU diplomat said Berlin and some allies were open to bringing forward the date if Ankara met all the requirements including changing its visa policy for Islamic states and introducing biometric passports.

EU leaders voiced concern and unease that the offer of increased cooperation coincided with a crackdown on media freedom that runs counter to cherished European values.

"It's going to be a proper Turkish bazaar - first we will throw our hands up in the air expressing shock about Turkey's demands.

"Then we'll offer to meet a tiny, tiny, tiny part of what they want. And then we'll see how the bargaining goes from there," an EU diplomat said.