Turkey urges world to play its part for Syrian children 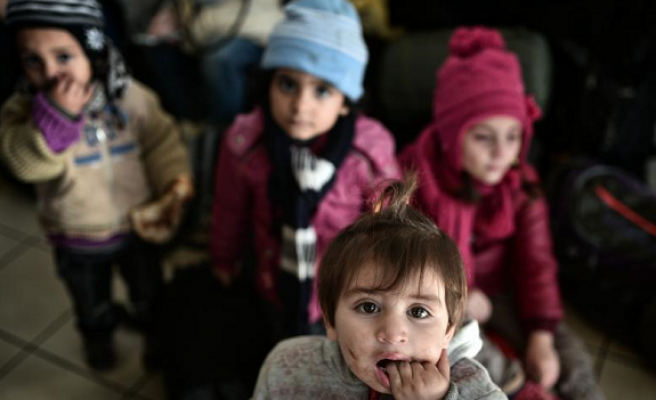 Turkish family and social policy minister on Monday called on the world to play its part for Syrian children.

Speaking at 18th National Children Forum in the parliament on Monday, Fatma Betul Sayan Kaya said: "The children should have a right in the decision-making about their own future.”

Kaya called on the EU to fulfill the promises that they made to Turkey for Syrian refugees, reminding that Turkey has so far received only EUR800 million ($943 million) aid from the European bloc.

The deal included a EUR6 billion ($7.07 billion) aid package to help Turkey care for millions of refugees in the country.

Turkey hosts some 3 million Syrian refugees, more than any other country in the world. The country has spent nearly $25 billion helping and sheltering refugees since the beginning of the Syrian civil war in 2011.

Aydin said Turkey provided education, health, and harboring services to them without any discrimination.

"We did not only open our doors to our Syrian brothers but also our hearts, we shared our bread with them," said Aydin.

Talking about the measures taken by the Europe to stop Syrian refugees’ entry, he said they have clearly seen "the shame walls and wires being put up" for them.