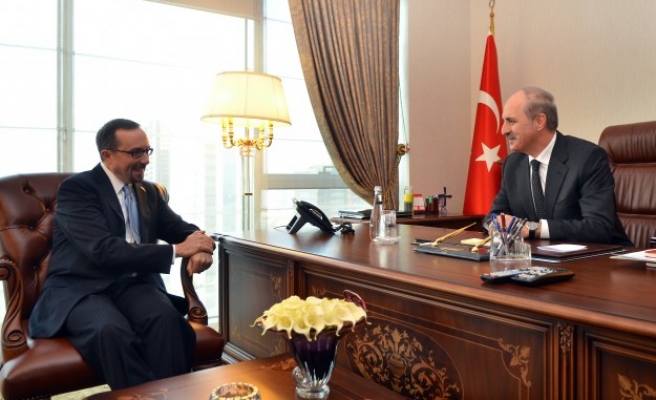 Addressing the press before the meeting, Bass said he looks forward to the opportunity to hear from Deputy Prime Minister Kurtulmus on how he thinks that Bass can help further strengthen the two countries' partnership.

"Because we believe very strongly that when Turkey and America work together, we always achieve better results," Bass said.

Kurtulmus wished success to Bass in his new position and said the meeting between the two will be about Turkey and U.S. relations.

"We will talk about how we can enhance our cooperation to new levels," he said.

John Bass, who was sworn in as the new US Ambassador to Turkey on Oct. 7, arrived in Ankara exactly a month ago.

Bass is a Syracuse University graduate and was U.S. ambassador to Georgia from 2009 to 2012.

He speaks French and Italian and was head of the Provincial Reconstruction Team in Iraq from 2008 to 2009.

Bass was also a special advisor to U.S. Secretary of State John Kerry before being confirmed as envoy to Turkey by the U.S. Senate.