The United States and Turkey signed an agreement to train and equip Syrian opposition fighters, and Ankara will provide an equal number of trainers to work alongside their American military counterparts 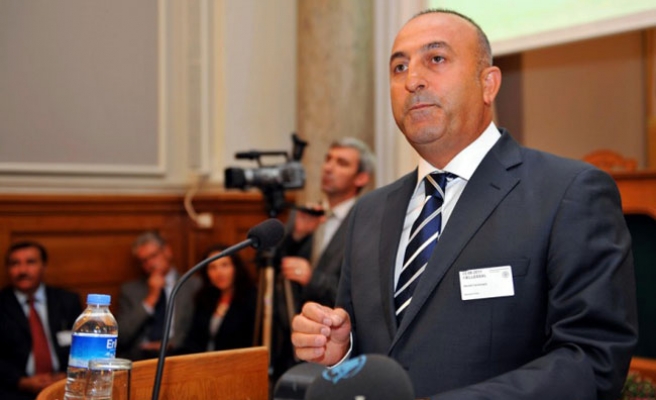 The minister said the two countries had already reached an agreement to train the Syrian opposition, adding that the forces will fight the Islamic State of Iraq and the Levant, or ISIL, and the other terrorist groups on the ground as well as the Syrian regime.

In Washington, State Department spokeswoman Jen Psaki told reporters the U.S. looks forward to implementing the plan, and thanked Turkey for its efforts and "their ongoing part in these discussions."

Meanwhile, Tanju Bilgic, the spokesperson for the Turkish Foreign Ministry, dismissed an allegation that one of the Turkish troops serving in Suleyman Shah tomb in Syria was taken hostage.

The deal with Turkey formalized plans for one of four known sites to be used in a broader program to train Syrian rebels opposed to ISIL militants. A deal for a facility in Jordan is imminent and locations in Saudi Arabia and Qatar could be ready in a few months, the U.S. official said.

The effort to train and equip Syrian "moderates" began to pick up steam after months of planning. The Pentagon said on Wednesday it had identified some 1,200 Syrian opposition fighters for potential training.

It provides a training facility that will require only modest security upgrades, work Ankara has already begun, an official at the U.S. military's Central Command told reporters.

"The site that they have offered is a brand new facility. It is one that we would be proud to call our own," said the U.S. official, who spoke on condition of anonymity.

The official said the training site Jordan planned to provide also was new and ready to use.

"We're working through some final technical agreements with them (Jordan) that we anticipate being signed any day, if it has not already been signed," the official said.

A site offered by Saudi Arabia will be ready for use within 30 to 90 days, "so it will come into the picture shortly after Jordan and Turkey," the official said. A site offered by Qatar could be ready within six to nine months, he said.

The U.S. official said Turkey demanded an equal role in the training mission and would provide the same number of trainers at its facility as the American side.

U.S. officials have said they plan to train about 5,000 Syrian fighters a year for three years under the program, which is due to begin in March. Turkey hopes the training will also bolster the weakened and divided Syrian opposition in their war against Syrian President Bashar al-Assad.