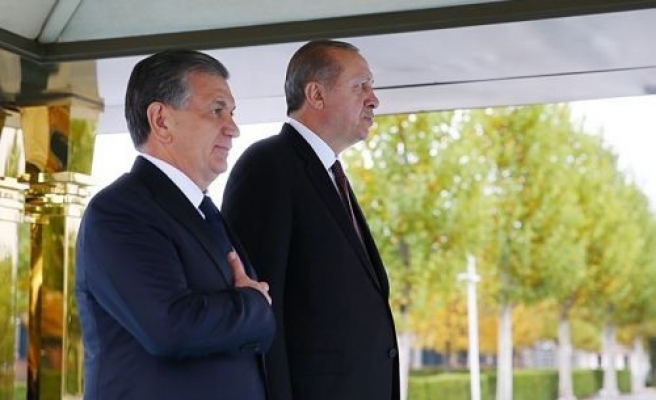 The Turkey-Uzbekistan Business Forum, for a third time this year, brought together business figures and officials from both countries to discuss mutual investment opportunities, the easing of regulations and more cooperation.

Speaking at the forum in Istanbul on Thursday, Mithat Yenigun, vice president of Turkey's Foreign Economic Relations Board (DEIK) and head of the Turkish Contractors' Association (TCA), said Turkish business people were ready to work with their Uzbek counterparts to promote economic activities and contribute to Uzbekistan's prosperity.

Remarking on Turkish contractors' successful performance in public private partnership (PPP) projects both in domestic and overseas markets, Yenigun noted that Turkish business people would like to be involved in more projects in Uzbekistan.

"Since our first entry into the Uzbek market in 1992, Turkish contractors have completed projects valued at $2.8 billion," he said. "The promising thing is that nearly one-third of this amount was undertaken last year."

"Turkish business circle has a significant experience which we would like to benefit from," Azim Akhmedkhadjaev, chairman of Uzbekistan's ‎State Committee for Investments, said.

Akhmedkhadjaev stated that a series of committees had been established to attract more investors from abroad and make the Uzbek economy more open.

"We are ready to make every effort to provide maximum comfort for our Turkish partners," he said, pointing to the high potential in a wide range of fields like "infrastructure, pharmaceuticals and the food industry [plus] manufacturing building materials."

Following speeches, a business association agreement in Turkish-Uzbek investments was signed by Yenigun and Akhmedkhadjaev, while various companies made deals in the healthcare, textile, tourism and trade sectors.

"Since Uzbekistan is one of the key countries in Eurasia, we attach great importance to improving collaboration in all areas," Kartopu said.

Kartopu also said there were around 600 Turkish companies operating in Uzbekistan in the services sector plus textiles, the food industry, accommodation, retail trade and manufacturing construction materials.

"In this regard, we are demanding that Uzbekistan considers its visa regime as applied to Turkish citizens," he said, adding:

"As Turkey did for Uzbek people years ago, it is among our wishes to see the removal of Uzbekistan's visa requirements for Turkish citizens."