'We are not in a position to tell them not to come. If we do, we would be abandoning them to their deaths,' says deputy PM 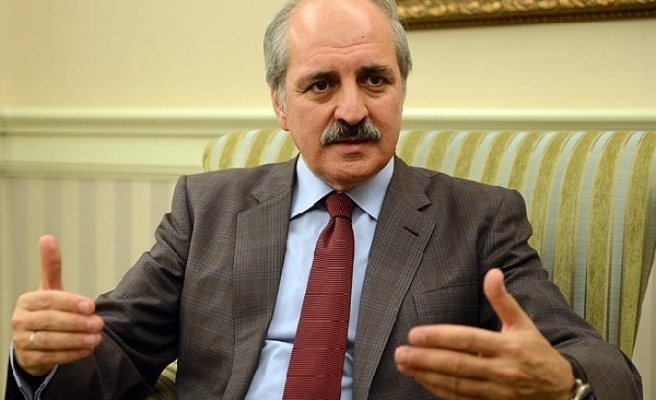 Turkey will continue to let in Syrian refugees instead of "abandoning them to their deaths", the country's deputy premier said Sunday, as thousands of Syrians were trapped on its border after fleeing a regime assault.

"But in the end, these people have nowhere else to go. Either they will die beneath the bombings or we will open our borders."

"We are not in a position to tell them not to come. If we do, we would be abandoning them to their deaths."

Tens of thousands of Syrians, mostly women and children, have fled toward the Turkish border since Friday from the northern Syrian city of Aleppo to escape a regime offensive backed by Russian air strikes.

President Recep Tayyip Erdogan on Saturday said Turkey was ready to open its gates to Syrian refugees "if necessary."

"If they reached our door and have no other choice, if necessary, we have to and will let our brothers in," he told reporters on his plane returning from Senegal on Saturday.

The governor of Turkey's Kilis border province, Suleyman Tapsiz, said Saturday that Turkey -- already home to around 2.7 million Syrians according to the latest government figures -- was taking care of 30-35,000 refugees who had gathered around the nearby Syrian city of Azaz in the space of 48 hours.

Turkey's Oncupinar border crossing, which faces Bab al-Salama inside Syria, remained closed to thousands of refugees gathered there for a third day, an AFP reporter said.

They braved cold and rain as Turkish aid trucks delivered food inside Syria.

"(...) The border remains open for emergency situations," a Turkish official told AFP, adding that since Friday, eight injured people had been admitted to Turkey for treatment at Turkish hospitals.

The European Union on Saturday said it was Ankara's international obligations to keep its frontiers open to refugees while pressing the Turkish government to help stem the flow of migrants to Europe.