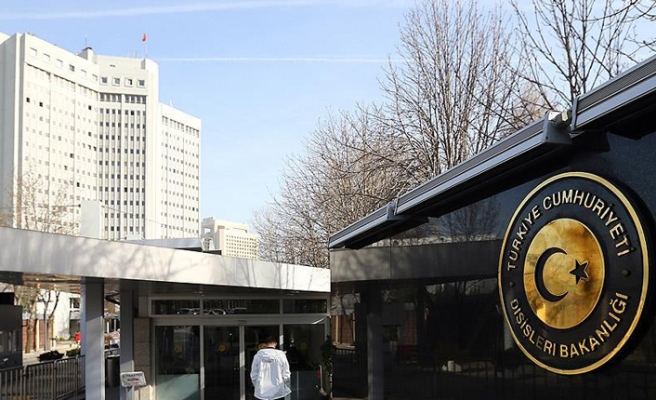 "We welcome that the general elections held on 7th October were completed in tranquility and peace," the Foreign Ministry said in a statement on Monday.

"Turkey, which attaches great importance to the protection of Bosnia’s political unity and territorial integrity as well as its integration to Euro-Atlantic organizations, wishes that the election results lead to the consolidation of peace and stability in the country and serve the peaceful coexistence among Bosnian citizens," statement added.

It also expressed Turkey's willingness to continue "to strive to further improve her excellent relations with Bosnia and Herzegovina in every field as well as to strengthen stability and increase prosperity in the Balkans" in the upcoming period.

Some 43.4 percent of the votes have been counted from Sunday's elections in Bosnia, the eighth in the country since the end of the Bosnian War nearly 20 years ago.

According to initial results, Milorad Dodik from the Alliance of Independent Social Democrats (SNSD) declared victory for Serb membership for the presidency, receiving 55.1 percent of the votes tallied.

Bosnia and Herzegovina has two entities, 10 cantons, and an autonomous region.

Voters have picked representatives of the national parliament, the three-member national presidency, the parliaments of the country’s two entities and other bodies.