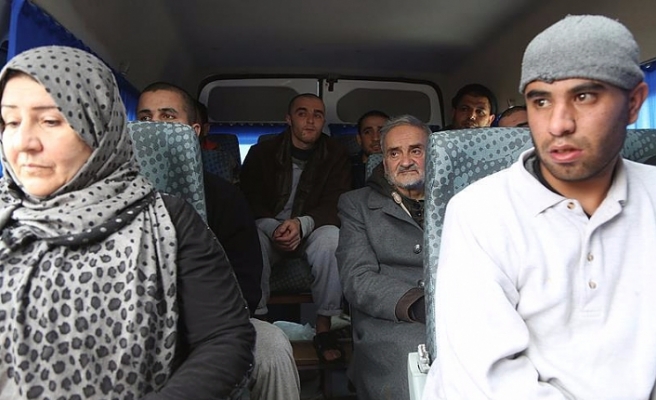 Turkey on Saturday welcomed the prisoner swap in Syria, saying mutual and simultaneous release of the detainees builds confidence between the sides in the war-torn country.

In a written statement, Turkish Foreign Ministry said several persons detained by the opposition groups and the regime were "mutually and simultaneously" released on Saturday.

The swap took place in the Abu al Zindeen district to the south of al-Bab, which is controlled by the opposition, within the scope of a pilot project of the Astana Working Group, the ministry said.

It is an important first step to implement confidence-building measures aimed to be continued with new initiatives, the statement read.

According to the ministry, the project of the Release of Detainees/Abductees, Handover of Bodies and Identification of Missing Persons was established  as part of the Astana process with the participation of Turkey, Russia and Iran as well as the UN.