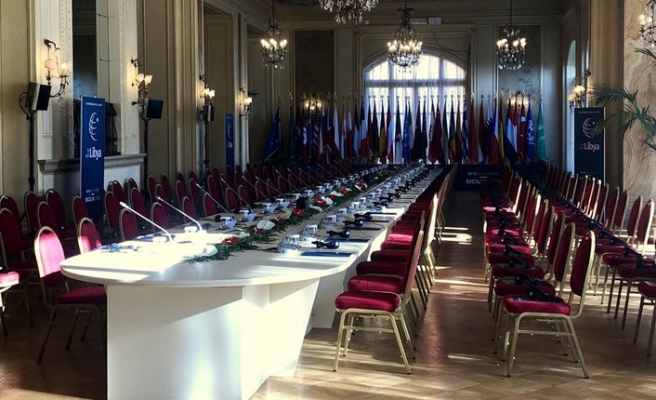 Turkey has withdrawn from an international conference on Libya in Italy's southern city of Palermo, the country’s vice president said on Tuesday.

Speaking to reporters, Fuat Oktay said: “The international community, unfortunately, could not reach a consensus this morning. Some [countries] have unilaterally interfered in the process by misusing the meeting being hosted by Italy.”

“As long as some countries continue crippling the process in the direction of its own benefits, stability cannot be provided in Libya,” he added, without naming any country.

Oktay said that it was a very “misleading” and “harming” stance that an unofficial meeting was held between some sides this morning and these sides were being represented as primary actors in the Mediterranean region.

“On the contrary, we are open to wide-range dialogue with all the actors in Libya and the region,” the vice-president added.

On Nov. 12-13, Palermo is hosting an international conference aimed at helping restore peace in Libya attended by Libyan political groups based both at home and abroad.

Libya has remained dogged by turmoil since 2011 when a bloody NATO-backed uprising led to the ouster and death of long-serving President Muammar Gaddafi after more than four decades in power.

Currently, two rival seats of power are vying for supremacy in Libya: an internationally recognized national unity government based in Tripoli, and a government supported by a legislative assembly based in the eastern city of Tobruk.