Turkey won't stop until it drains terror from Syria

Terrorists killed more than 2,000 innocents in Turkey since 2015, many in attacks planned in N.Syria, says top official 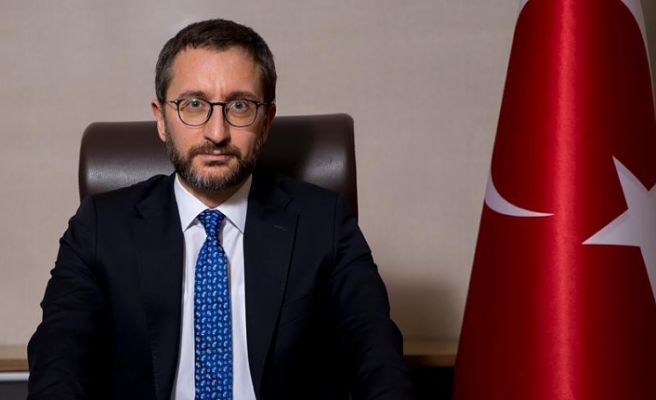 Turkey won’t stop until it eradicates the terrorists from neighboring Syria, said the head of Turkey’s presidential communications on Friday.

“We won't stop until we drain the terrorist swamp next door. We won’t rest until justice is served,” presidential communications director Fahrettin Altun wrote on Twitter

“Terrorists have kills more than 2,000 innocent people in Turkey since 2015. Many of those attacks were planned in northern Syria. The Turkish people suffered more than their fair share,” Altun added.

Turkey has said it will soon launch a counter-terrorist operation in northern Syria, east of the Euphrates River, targeting the terrorist PKK/YPG.

In its more than 30-year terror campaign against Turkey, the PKK -- listed as a terrorist organization by Turkey, the U.S. and the EU -- has been responsible for the death of some 40,000 people. The PYD/YPG is the group's Syrian branch.

The video shows scenes from some of the 100-plus terror attacks by the PKK/YPG, Daesh and FETO terror groups Turkey has suffered since July 2015, attacks which have killed over 2,000 innocent Turkish people.

Attacks on Turkey shown in video

The attacks on Turkey recounted in the video include: 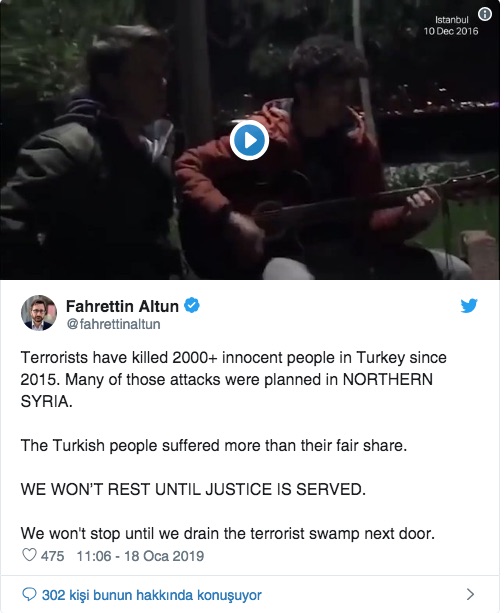