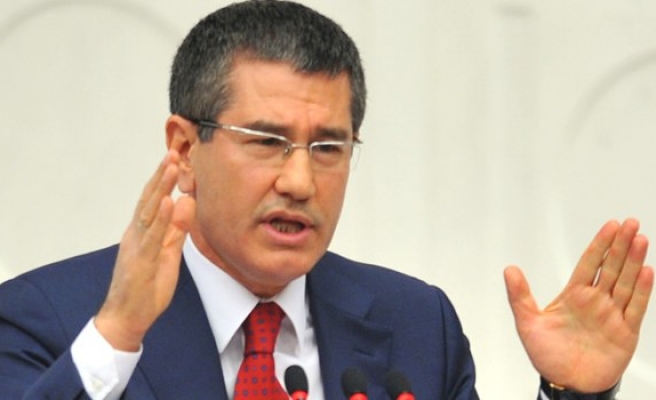 Canikli’s remarks came during a meeting of the defense ministers of the Islamic Military Counter Terrorism Coalition (IMCTC) in Saudi capital Riyadh.

The Turkish minister said Muslims and Islamic countries suffer the most from instability and lack of security, citing a deadly mosque attack in Egypt’s Sinai Peninsula on Friday, which left 305 people dead and scores injured.

“We strongly condemned this massacre that took place in Egypt,” Canikli said, stressing that attacking worshippers during the weekly Friday prayer is something that “cannot be imagined.”

“Those murderers do not represent Islam, they are using those chances to cause turmoil in our societies,” he said, going on to stress that “unity” is the only key to combat terrorist organizations.

In the light of solidarity, Canikli said “Turkey hosts more than two million Syrians… and hosting them is based on the spirit of solidarity.”

“Spirit of solidarity should be continuous in the whole Islamic world,” he said.

The national defense minister pointed out to Turkey’s role in combatting terrorism.

Turkey “worked constantly to combat Daesh inside the country and outside especially within Euphrates Shield operation,” he said.

Canikli said that Turkey asserted on combating terrorism by drying up its finances during Syria's peace talks held in Astana with Russia and Iran.

Held under “Allied Against Terrorism”, Sunday’s ministerial meeting is expected to discuss means of fighting terrorism and drying up its finances.

The 40-member bloc was launched by Saudi Arabia in late 2015 with a view to fighting terrorism. It includes countries as Turkey, Pakistan, Malaysia and Egypt.

A declaration issued by a recent Arab-U.S.-Islamic summit in Riyadh in May unveiled that the alliance member states were ready to deploy 34,000 troops with a view to supporting operations against terrorist groups in Iraq and Syria.