Turkish President Recep Tayyip Erdogan says Turkey could take in leaders of Egypt's Muslim Brotherhood group who have been asked to leave Qatar. 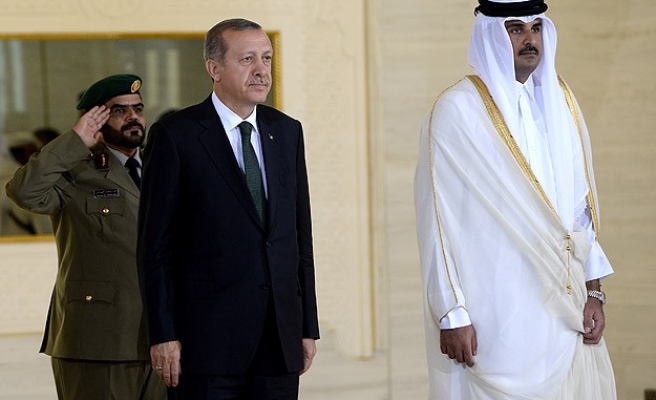 Turkey would welcome senior figures from Egypt's outlawed Muslim Brotherhood after they were asked to leave Qatar under pressure from other Gulf Arab states, Turkish media quoted President Tayyip Erdogan as saying late on Monday.

A senior Brotherhood official based in London said on Saturday that Qatar had asked seven senior figures from the movement to leave the country after its neighbours pressed it to stop backing the group.

Senior Brotherhood figures would be welcome to come to Turkey if they wished to do so, Turkish television stations quoted Erdogan as telling reporters on his plane back from an official visit to Qatar on Monday.

Erdogan told reporters that Turkey would "review case by case" any request for refuge in Turkey.

Pro-government Star newspaper on Tuesday quoted Erdogan as saying: "If there is no hindrance, then things could be made easier for them."

Qatar and Turkey were the only regional countries to back the Brotherhood after Egypt's army toppled elected President Mohamed Mursi last year.

Saudi Arabia, the United Arab Emirates (UAE) and other Gulf Arab states, in contrast, have showered Egypt's new rulers with billions of dollars. They see the Muslim Brotherhood as an existential threat to their monarchies.