The herbal paste celebrated for curing Suleiman the Magnificent's mother 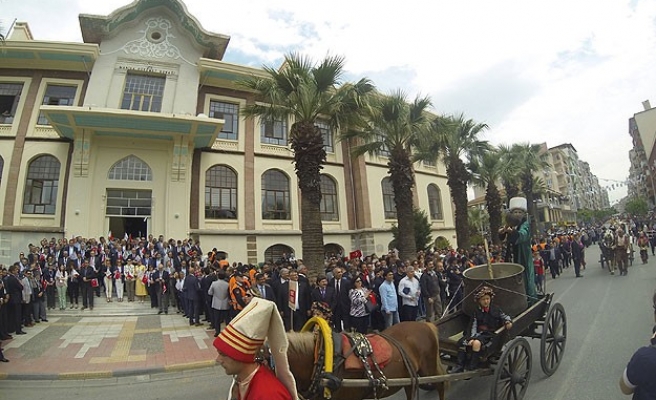 The traditional 'Mesir Macunu' festival of the western Turkish city of Manisa concluded for the 474th time in Manisa’s Sultan Mosque on Sunday.

Originally invented as a medicine to cure ailments in early 16th century, 'mesir macunu' is a herbal paste made by mixing a wide range of spices and herbs including cinnamon, ginger, mastic, saffron, myrrh, coriander and anise.

The festival is held annually to commemorate the recovery of the 16th century Ottoman ruler Suleiman the Magnificent's mother, Hafsa Sultan, who was cured of a disease by 'mesir macunu.' After her recovery, the sultan ordered the paste be introduced to the public.

Inscribed on UNESCO's Representative List of the Intangible Cultural Heritage of Humanity, the festival takes place every year from 21 to 24 March. This year, due to Turkey’s local elections on March 30, the festival was postponed to April 27.

Every year, the paste is prepared by a chef from spices and herbs in accordance with its traditional practice. When ready, women wrap the paste in small pieces of paper before apprentices scatter them from the top of the minaret and domes of the Sultan Mosque.

Thousands of people from different regions of Turkey and abroad come to the festival and compete to catch the falling pieces.

The strength of tradition creates a strong sense of solidarity among local communities, and the city welcomes guests from almost all regions of Turkey.