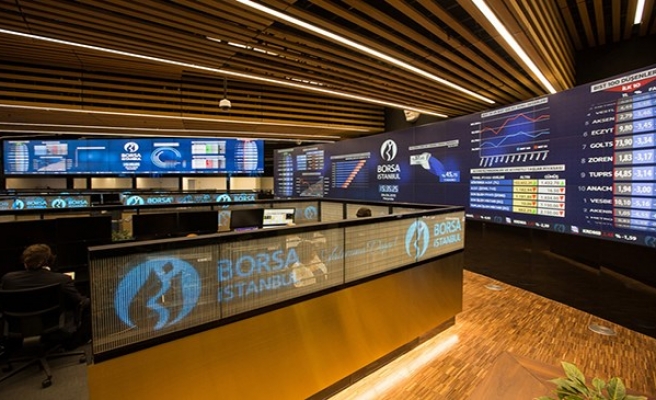 The banking and holding indices went up 0.15 and 0.20 percent, respectively.

The lira lost value against the euro, with the EUR/TRY rate rising to 4.7000 on Monday morning, up from 4.6880 at the close on Friday.

On the domestic market, October tourist arrivals will be announced on Wednesday by the Turkish Tourism Ministry.

On Thursday, October's final foreign trade statistics will be announced by the Turkish Statistical Institute (TurkStat)

Also on Thursday, the Turkish Central Bank will release its Financial Stability Report, laying out the bank’s assessment of financial risks in the business sectors and the non-financial sector’s exposure to forex risks and policy measures to deal with it.

Externally, investors will focus on German political leaders’ next move, especially the Social Democrats and whether they will give Chancellor Angela Merkel a last chance to set up a government or if early polls are in the offing.

Moreover, U.S. inflation figures will be announced on Thursday, along with personal income and spending reports for October.