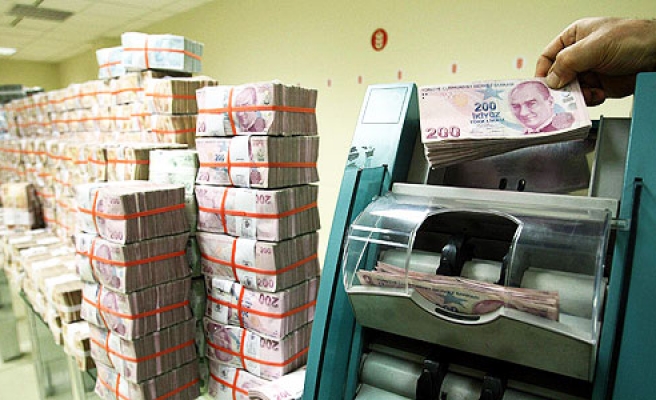 This is a significant reduction from the18.4 billion Turkish lira ($8.3 billion) budget deficit last year.

The number constitutes 46 percent of the estimated 24.4 billion Turkish liras ($10.5 billion) budget deficit for 2014, and the number is consistent with our prediction Turkish Finance Minister Mehmet Simsek said in a statement on Monday.

Simsek said that the government had forecast, in the medium-term plan for 2015-2017, that this year's budget deficit would be 8.8 billion liras ($3.8 billion) less than its target.

He said that the government predicts Turkey’s budget deficit for the year would be 0.8 percent of the country’s Gross Domestic Product, 0.3 points less than the target forecast in the plan.

Early in November, Turkish prime minister Ahmet Davutoglu said that Turkey would maintain strict budget discipline in every way before the 2015 general elections.

"Populism occurs if people do not have the confidence to win the next election," said Davutoglu after receiving a detailed briefing on the country's economic situation by the Turkish Central Bank. "All political indicators show that our government will continue to assume responsibility again," Davutoglu said.

According to the ministry, Turkey ran a budget surplus of 3.6 billion liras ($1.5 billion) in November, an increase of 11.5 percent compared with the country’s budget deficit for the same period in 2013.

"Despite the financial volatility, geopolitical tensions and a weak trend in the global economy, the country’s performance in the budget deficit target was undeniably a success on a global scale," Simsek added.

Turkish exports were negatively affected by regional conflicts in Iraq and Ukraine, according to the Turkish Exporters Assembly. Following the insurgency in Iraq, Turkey's exports to the country fell by 30 percent in 2014.

According to the finance ministry, Turkey's government revenues have reached 387 billion Turkish lira ($167.5 billion) in the first 11 months of 2014, with an 8.4 percent increase compared to the same period of 2013.

Turkey now heads towards general elections in June, 2015, to elect 550 members of Parliament.

The U.S. Federal Reserve monetary policy committee will meet from Dec. 16-17 to make a decision on whether to start raising short-term interest rates in 2015 -- higher U.S. interest rates could spur a flight of investment from Turkey and other emerging markets.