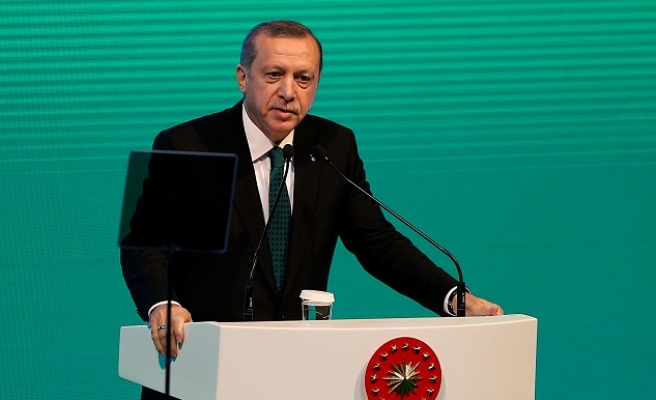 Turkish President Recep Tayyip Erdogan on Monday criticised the European Union for a four-month delay in disbursing a promised 3 billion euro fund for refugees agreed under a November deal.

"It's been four months. They are yet to deliver," Erdogan said in a speech in Ankara, as Prime Minister Ahmet Davutoglu held summit talks on the migrant crisis with EU leaders.

"Mr prime minister is currently in Brussels. I hope he will return with the money," added Erdogan.

The EU clinched an agreement with Turkey to deliver 3 billion euros ($3.3 billion) in funds for refugees in return for Ankara's cooperation in tackling the refugee crisis -- the worst in the continent's history since World War II.

But the money has yet to arrive and obtaining the funds is one of the priorities of Davutoglu's talks in Brussels.

Erdogan said it was not the fault of Turkey, which is hosting 2.7 million refugees from the Syrian civil war, that so many migrants were using its coast as a springboard to reach the EU.

"Look, they say on the other side, 'don't let refugees come in'. Okay. But it is not us that is sending them. They are coming from the sea and a lot of them are unfortunately dying," Erdogan said.

The president said the Turkish coastguard has rescued close to 100,000 migrants from the sea but mocked the efforts of Turkey's neighbours in trying to save them.

"But the others are puncturing the boats and causing their death," he said. His comments appeared to be a reference to unverified claims, vehemently denied by Athens, that the Greek coastguard was sinking the migrant boats.