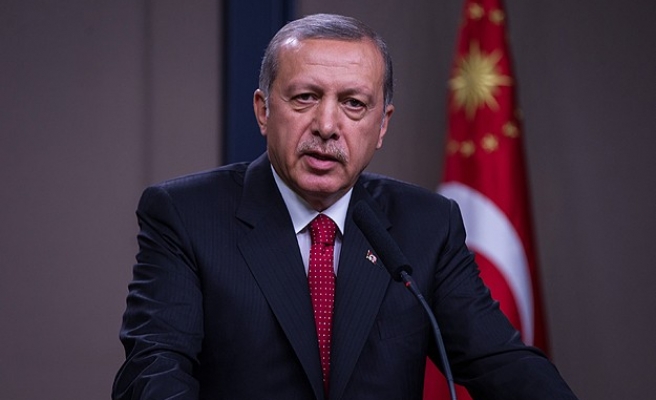 Turkish President Tayyip Erdogan has accused rating agencies Moody's Investors Service and Fitch Ratings of political motives in their assessments of the Turkish economy, and warned Ankara could cut its ties with them, local media reported on Tuesday.

Both Moody's and Fitch have in recent weeks warned of the potential impact of "political uncertainty" following former prime minister Erdogan's victory on Aug. 10 in the country's first direct presidential election.

Local media quoted Erdogan as telling reporters on his plane back from a visit to Qatar late on Monday that such statements were politically motivated rather than based on assessments of the economy.

"We stopped our cooperation with Standard & Poor's and if they continue on this path, I can tell the prime minister to stop cooperation with these two also," the Hurriyet daily quoted Erdogan as saying, although he added:

"We haven't reached that point yet."

Standard & Poor's said last year it had failed to reach a deal to offer a full rating for Turkey and would only issue "unsolicited" assessments - meaning it is not paid by Turkey to provide coverage but does so anyway to meet investor needs.

The country responded angrily in May 2012 when S&P cut the outlook on its sovereign credit rating to stable from positive. Erdogan warned at the time that Ankara may no longer "recognise" the agency, calling its decision "ideological".

Prime Minister Ahmet Davutoglu said Turkey did not have the ratings it deserves and that agencies have not taken into account greater stability after August's presidential election.

Deputy Prime Minister Ali Babacan, who is responsible for overseeing the economy, joined the chorus, telling a finance conference in Istanbul that objective evaluation from the credit rating agencies was crucial for Turkey.

Fitch, which rates Turkey BBB- with a stable outlook, said last Thursday that the central bank may face growing political pressure to cut interest rates despite rising inflation in the run-up to a general election next June.

Moody's, which has a Baa3 rating on Turkey with a negative outlook, warned last month that Erdogan's victory in the presidential election did not resolve the country's credit challenges and that uncertainty would persist.