Turkey's Erdogan set to kick off African tour from Ethiopia

In recent decades, Turkey and Africa have stepped up ties in the areas of politics, diplomacy as well as economic, social and cultural fields. 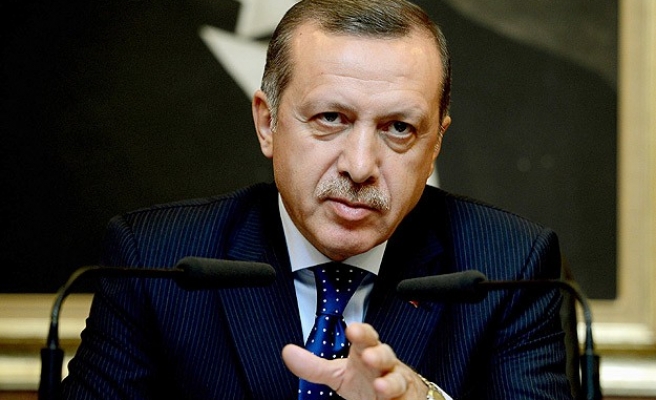 Turkish President Recep Tayyip Erdogan is due to arrive in Ethiopian capital Addis Ababa on Wednesday as the first leg of a three-day African tour.

"President Erdogan is most welcome in Ethiopia at this time when the partnership between the two countries has reached a record high," Ewnetu Belata, State Minister of Ethiopia’s Government Communications Affairs Office told The Anadolu Agency on Tuesday.

"Turkey leads the pack of industrialized countries in terms of foreign direct investment in Ethiopia," the official noted. "There are more than 350 Turkish companies operating in Ethiopia to date and they created jobs to more than 50,000 Ethiopians," he added.

"The Turkish investments are also enabling technology and knowledge transfer [to Ethiopia]," he said.

Turkish investment in Ethiopia stands at $3 billion, according to Turkish ambassador to Ethiopia Osman Riza Yavuzalp.

According to a statement issued by the office of the Turkish president, Erdogan will tour several African countries this year, leading a large group of ministers, senior officials and businessmen.

Erdogan's office also pointed out that Turkey has close historical and cultural ties with the countries of the Horn of Africa and that these countries are the strategic gateways to Middle Eastern and world markets.

In recent decades, Turkey and Africa have stepped up ties in the areas of politics, diplomacy as well as economic, social and cultural fields.

One theme that came to the fore during a recent Turkey-Africa summit in Malabo, Equatorial Guinea, was the recognition to the growing ties between Turkey and Africa as well as the need to further enhance the existing cooperation and economic partnership.

In Malabo, Turkey pledged to use its 2015 G20 presidency to advocate the causes of Africa.

According to Turkish Foreign Affairs Ministry, Turkey-Africa relations gained a substantial momentum since the declaration of Turkey as a strategic partner of the continent by the African Union in January 2008.

"Turkey has given further boost to its Africa policy as of 2013. We may describe this period as one wherein relations have been transformed into a mutually reinforced political-economic partnership," the ministry said in an earlier statement.

Bilateral trade volume between Turkey and Africa has reached $23.4 billion in 2013.

"Turkey provides around 500 scholarships annually for students from Africa,” it said. “In addition to many technical training programs undertaken by different ministries and institutions, around 200 junior diplomats have attended training programs organized by the [Turkish] Diplomatic Academy of the Ministry of Foreign Affairs since 1992."

The African Union in 2008 declared Turkey as a strategic partner to Africa. Turkey also enjoys observer status with the African Union Commission and the Turkish Embassy in Ethiopia is accredited to the Inter-governmental Authority on Development (IGAD), an Eastern Africa trade and security bloc.

In addition to its backing for the South Sudan peace process, Turkey has been providing support to Somalia.

Turkey has also been accepted as a non-regional member of the African Development Bank in 2008.

Turkish Airlines is considered to have a key role in the growing Turkey-Africa ties through flying to 46 destinations in 28 countries across the continent.