"On the one hand you say EU acquis, but on the other hand you take steps which totally oppose EU acquis,” Turkish president says. 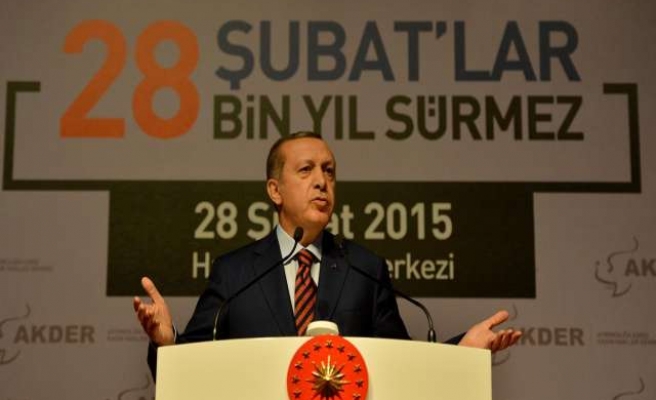 President Recep Tayyip Erdogan strongly criticized Austria Saturday for approving a controversial bill that revises the status of Muslims in the European country.

Before his departure to Saudi Arabia for an official visit, Erdogan spoke at the Halic congress center in Istanbul.

“On the one hand you say EU acquis, but on the other hand you take steps which totally oppose EU acquis,” he said.

According to the Europa portal, the community acquis or acquis is “the body of common rights and obligations which bind all the member states together within the European Union… Applicant countries have to accept the Community acquis before they can join the Union.”

He referred to the recent incidents of Islamophobia and biases against Muslims in the West, especially Europe, “The incidents are shifting to a different ground. We have to stop these biases.”

About the needs of a new Turkey, he said, “We want a new Turkey, a new constitution, and presidential system to defend the rights of our brothers and sisters, who live in these countries, more effectively.”

The Austrian parliament voted the bill by majority Wednesday.

Islam has been an official religion in Austria since 1912. The Islam law, known as "Islam Gesetz," was introduced by Austria's last emperor, Franz Josef, after the Austro-Hungarian Empire annexed Bosnia-Herzegovina.

The new Austrian law will now require sermons inside mosques to be conducted in German and prohibits foreign financing for Muslim organizations and structures. It also contains provisions that allow Muslims to take time off during Friday prayers and go on holidays during certain religious festivals.