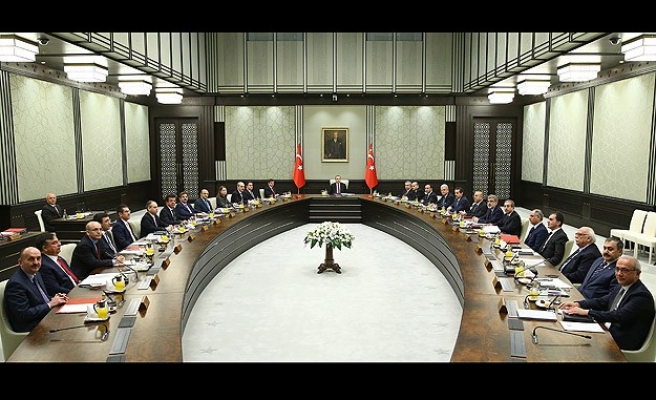 Turkish President Tayyip Erdogan said on Monday he would host his second cabinet meeting as head of state on March 9.

Erdogan is Turkey's first directly elected president and has repeatedly vowed to wield more power than his predecessors, prompting critics to accuse him of establishing a "de facto" presidential system. Previous heads of state have only led cabinet meetings in times of crisis.

Erdogan also said on Monday a military incursion into Syria to relocate a tomb considered sovereign Turkish territory was a temporary measure for security reasons and not a retreat.

"The Suleyman Shah tomb operation is not a retreat, it is a temporary move in order not to risk soldiers' lives," Erdogan said.