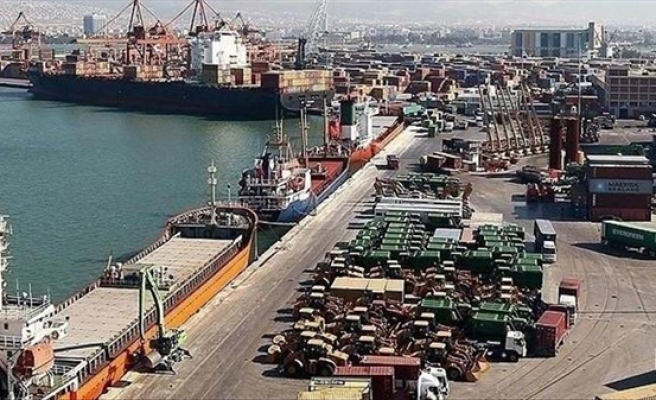 "Exports in the first nine months of the year rose by 10.6 percent to $114.7 billion compared to the same period of last year," the association said.

TIM noted that the exports in the last 12 months had reached $153.2 billion, a 9 percent increase year-on-year.

"We have reported increase in exports for 11 months since last November," Mehmet Buyukeksi, TIM chairman, said in the statement.

In September, Turkey's exports were affected positively by the high level of the euro-dollar parity, Buyukeksi noted.

The average euro-dollar parity stood at 1.1915 in September, according to the European Central Bank.

"The positive effect of the parity was around $234 million over exports in the month," he said.

However, the overall effect of high dollar to Turkish lira rate had a negative effect of $1.8 billion on the country's exports since the begining of the year, Buyukeksi added.

In September, the automotive sector constituted the highest percentage of exports with $2.2 billion, up 10.9 percent over the same month last year, the association said.

The clothing and chemical sectors followed with $1.29 billion and $1.28 billion, respectively, TIM added.

Among the top 20 countries receiving Turkich exports in September, Russia showed the highest increase with 54 percent, according to TIM.

Buyukeksi said that Turkish exporters hope to reach a target of $156.5 billion in exports in 2017, which was revised from $153.3 billion in the Medium Term Program (MTP).