Talat Halman, first minister of culture, has to his credit 70 books; more than 3,000 articles, and 50,000 poetry translations 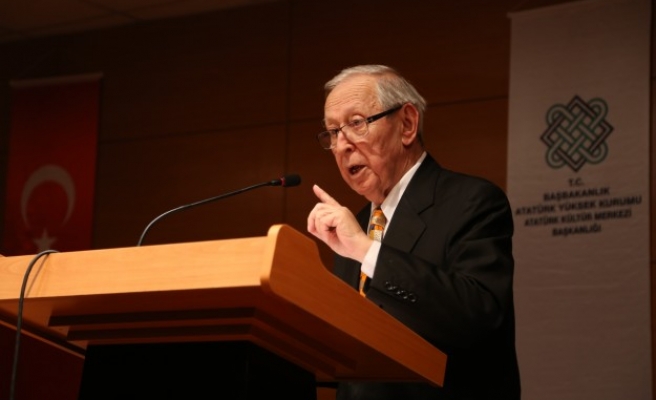 Halman was born in Istanbul in 1931. He studied at Istanbul’s Robert Collage and got his master's degree in political science from Columbia University.

Between 1953 and 1986, Halman taught at prestigious American universities, including the Columbia University, Princeton University and University of Pennsylvania.

He also served as Chairman of the Department of Middle Eastern Languages and Literatures at the New York University between 1986 and 1996.

He served as Turkey’s culture minister, ambassador for culture, member of the United Nations Educational, Scientific and Cultural Organization’s executive board, member of the executive committee of the PEN American Center and editor-in-chief of the Journal of Turkish Literature.

Halman was awarded Columbia University's "Thornton Wilder Prize," an honorary doctorate from the Bosphorus University, the United Nations Educational, Scientific and Cultural Organization Medal and the "Knight Grand Cross" from the then British Empire.

Since 2005, he was serving as the Dean of Faculty of Humanities and Letters at the Bilkent University, where he led the program in Turkish languages and literature.

He has to his credit 70 copyrighted and translated books; more than 3,000 articles, and 50,000 poetry translations.