Turkey's Kurds prefer peace at home to statehood in Iraq

Many Kurds prefer to put their faith in greater autonomy within the established borders of a booming economy than in the vagaries of a new nation state surrounded by hostile neighbours. 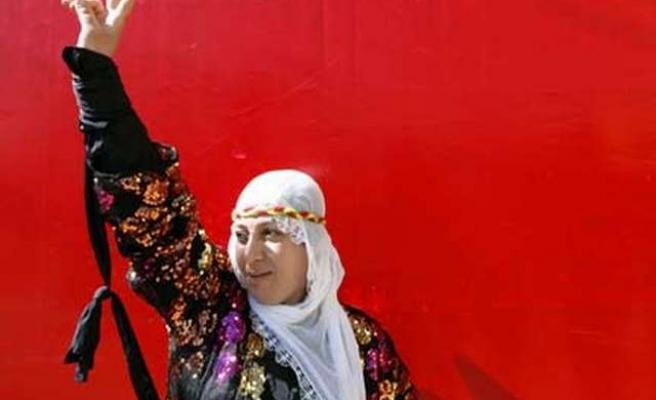 What has long been a dream for the Middle East's Kurds, an independent state, is within reach in Iraq, but Turkey's Kurds, wearied by a 30-year conflict with Ankara, see a brighter future at home, where negotiations could deliver the rights they have fought for.

At Istanbul's Kurdish Institute, where 400 students are learning Kurdish, they are riveted by events across the border in Iraqi Kurdistan, which appears to be hurtling towards independence as state forces retreat and Sunni militants, led by the Islamic State of Iraq and the Levant (ISIL), an al Qaeda offshoot, seize parts of northern Iraq.

Events are not, for now at least, stirring separatist sentiment in Turkey, where many Kurds prefer to put their faith in greater autonomy within the established borders of a booming economy than in the vagaries of a new nation state surrounded by hostile neighbours.

That might not always have been the case, when Kurds and the Turkish state appeared beyond reconciliation after more than 40,000 people, mostly Kurds, were killed in an armed struggle led by the outlawed Kurdistan Workers Party (PKK) since 1984.

When linguist Zana Farqini began work at the Kurdish Institute two decades ago, he faced terrorism charges just for performing a song in his native language at a political rally.

Police regularly raided the institute, which published a magazine and offered workshops, as the separatist insurgency raged in Turkey's southeast.

"We finally see it is possible to solve our problems without spilling blood, through democratic means," said Farqini, now 47. "With the peace process, Kurds are declaring they want to live with Turks. They're saying, 'We do not want to break away.'"

NATION WITHOUT A STATE

Kurds are considered the largest ethnic group without a state - more than half of them living in Turkey - and their fate in Iraq will reverberate across the region. Iraq's Kurdistan Regional Government (KRG), long locked in a dispute with the central government in Baghdad over oil revenues, is planning a referendum on independence.

Iraqi Kurds, who have governed themselves since the 1990s, have responded to the ISIL crisis by taking over areas left undefended by the Iraqi military, adding as much as 40 percent to their own territory.

Officially, Turkey remains committed to Iraq's territorial unity. But Ankara has largely welcomed the KRG's empowerment in recent years, partly out of its own economic concerns, seeking access to Kurdish oil and gas and with its construction firms leading a building boom there.

There is strong mutual interest. Iraqi Kurdistan serves as a buffer against the chaos in the rest of Iraq, while Turkey is the only viable export outlet for Kurdish hydrocarbons en route to lucrative markets in Europe.

Relations with the Shi'ite-dominated government in Baghdad have meanwhile soured. Erdogan, who is like most Turks a Sunni, has accused Iraqi Prime Minister Nouri al-Maliki of sectarian policies that have led to Iraq's current crisis.

"Because Kurds in Iraq are not getting their needs met by the central government, Kurdish aspirations for independence have gained more legitimacy and justification," said Yasin Aktay, who heads the ruling AK Party's foreign affairs office.

That is a lesson the government will have learned from events at home, where the PKK has scaled back demands for full-fledged independence in favour of local administration and more cultural rights, including Kurdish-language education.

Kurds inhabit a mostly mountainous arc from Turkey and Syria into Iraq and Iran. Denied a land of their own in the break-up of the Ottoman Empire after World War One, the turmoil in Iraq puts the dream of statehood within their grasp.

These shifting lines have lent a fresh sense of urgency to the Kurdish peace process in Turkey. In late June, parliament began work on legislation to resolve the conflict, formalising the process for the first time.

The advances have helped quell fears of Turkey fracturing along ethnic lines, according to Idris Kardas, coordinator of the Platform for Global Challenges at Istanbul Bilgi University.

"The PKK and its supporters have accepted that remaining in Turkey is more realistic, as long as they have more autonomy, cultural rights and a say in governing themselves," he said.

An August election, in which Erdogan aims to become Turkey's first directly elected president, is also driving the impetus, given that no politician can ignore a community that makes up about a fifth of the population.

In a sign of Kurds' commitment to mainstream politics, one of Erdogan's two competitors in the August presidential race is a Kurd: Selahattin Demirtas, head of parliament's Peoples' Democracy Party (HDP), a pro-Kurdish alliance of left parties that now wants to be a broader, Turkey-wide organisation.

The HDP itself is opposed to an independent Kurdistan carved out of Iraq, lest it imperil the fledgling peace in Turkey.

Idris Baluken, an HDP lawmaker and mediator in the talks, said Kurds exert more clout within the countries where they reside than they would in any new nation, surrounded by neighbours opposed to its very existence.

"Our model is a democratic confederacy that is based on living within borders, together in pluralism," he said.

Demographic movement has also blunted the urge for independence; after decades of migration from the poverty-stricken Kurdish southeast, Istanbul, with an estimated 2 million Kurds out of a population of 14 million, is now the world's biggest Kurdish city.

"Despite everything, Turkey is home," said Farqini at the Kurdish Institute, on a broad boulevard in Istanbul's ancient quarter of Fatih. "We want unity, but it cannot be forced. It must be of our own accord."

If negotiations fail, the influence of events in Iraq, where former PKK militants remain in mountain hideouts, can only grow.

"My friends in the mountains are a guarantee for the peace process. If it doesn't work, we will of course defend ourselves once again," said Umut, a 17-year old villager sitting with his father and uncle near the town of Silopi, close to the Iraq border.