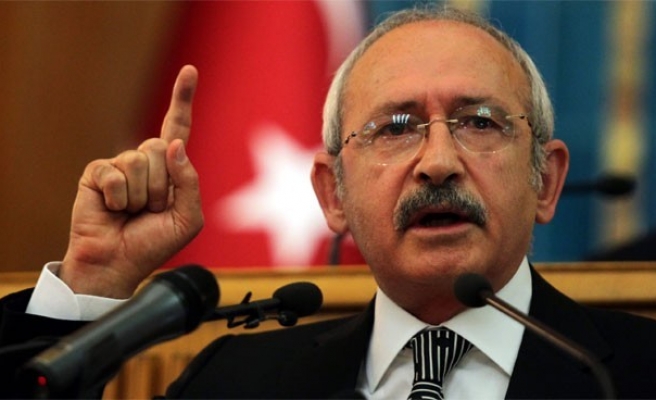 The leader of Turkey's main opposition Republican People's Party (CHP) has said that his party did not "approve" the U.S. move to suspend non-immigrant visa operations in Turkey.

Speaking at his party's parliamentary group meeting on Tuesday, Kemal Kilicdaroglu called the move "definitly not correct" and added "We never approve it."

"Thousands of students, patients, and bussinesmen will go to the U.S.A., [but] they are all being blocked. Those who have been punished are not the government but the 80 millon [Turkish citizens]," he said.

"We think such severe sanctions [should not exist] between strategic allies," he added.

Last week, Turkish national Metin Topuz, confirmed by the U.S. Istanbul Consulate as a local employee, was remanded in custody over terror charges by an Istanbul court. Topuz is suspected to be linked to the Fetullah Terror Organization (FETO).

On Sunday, the U.S. suspended non-immigrant visa operations at all diplomatic facilities in Turkey, saying it was reassessing Ankara's commitment to the security of U.S. facilities and personnel.