'Discover the potential' is revealed as the country's new export branding 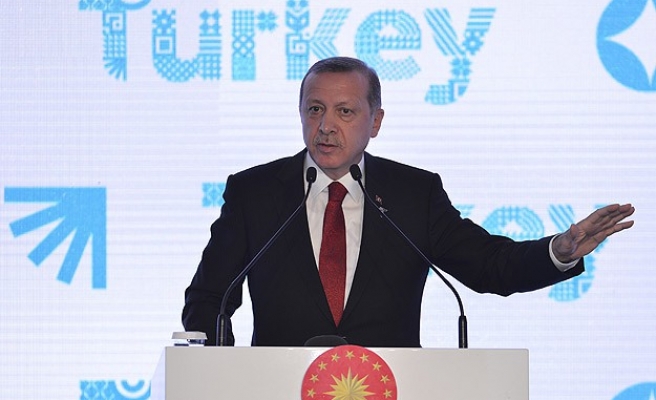 The branding, to be used on exported Turkish products, was revealed as he attended a meeting of Turkish Exporters Assembly in Istanbul Sunday.

He said: "From now on, Turkey and Turkish products will better be introduced with the logo and slogan 'Discover the potential'... These are all symbols of a new Turkey, a new strong Turkey having global aims. These are the symbols of Turkey's self-confidence."

The new logo will replace the ‘Made in Turkey’ mark.

Turkish exports reached $152 billion by the end of last year, up from $47 billion in 2003, accor​ding​ to the Turkish Exporters Assembly.

Major markets include Germany, Iraq, the U.K., Russia and Italy.

Turkey is the 16th largest economy in the world, according to last year’s GDP figures.