Turkey's reform program 'one of broadest in G20' 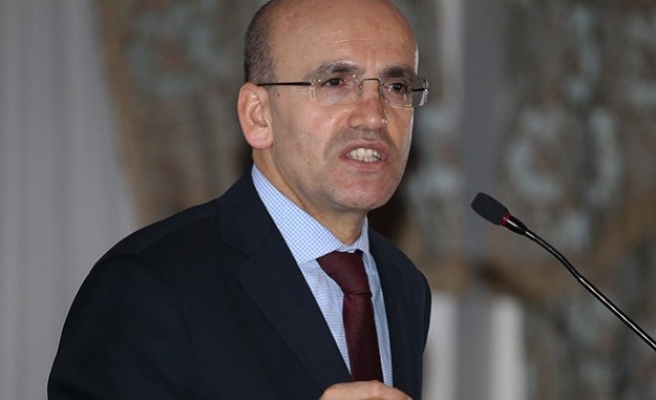 Turkey has one of the most comprehensive structural reform agendas in the G20, Deputy Prime Minister Mehmet Simsek said late Saturday.

Speaking at a meeting of a Turkish-British forum in Bath, southwest England, Simsek said the relationship between Turkey and the U.K. had been “better than ever” and pointed to the U.K.’s support for Turkey’s EU membership bid.

“Our EU accession is not an obsession of joining a club,” he said. “It is actually about reforms because the EU accession process entails economic, social and political transformation on a wholesale basis.”

The minister told the Tatlidil forum: “We have a really comprehensive reform program. We have one of the most comprehensive structural reform agendas or roadmaps among [the] G20 countries. I believe over the next few months we will push through significant reforms.”

Outlining the challenges facing Turkey, Simsek the country had gone through a difficult three years, including four elections in the past 24 months.

“As of today we host 3.2 million refugees in Turkey, the majority of which are Syrians,” he told the meeting, adding that 800,000 school-age Syrian children were living in Turkey.

David Lidington, the British minister for Europe, said the two countries had been working together for centuries but the relationship had “never been as intense, multilayered or as important as it is today.”

On Turkey’s EU accession, he said the U.K. remained Turkey’s biggest supporter and pointed to cooperation on security issues as a highlight of bilateral ties.

“I believe it is vital we maintain and strengthen that cooperation to tackle threats to both our countries,” Lidington said, pointing to Russian provocation as one example. “We need to work together to manage the disruptive force in world order that is Russia today,” he said.

The Tatlidil forum, established in 2011, brings together leading figures from the fields of academia, business, the media and politics to strengthen relations between Turkey and the U.K.