Binali Yildirim, a former transport minister and now senior advisor to the ruling party chairman, calls on Turkish expats to vote in next month's presidential election 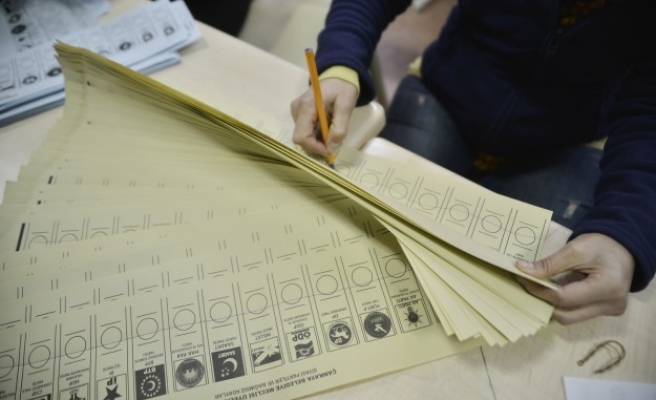 Binali Yildirim, chief adviser to the chairman of the ruling Justice and Development (AK) Party, lectured an audience in Belgium on Saturday on the importance of their votes.

"Don't you ever say ‘The elections are in Turkey. What difference would my vote make?’,” Yildirim said in a speech following an iftar dinner, the evening fast-breaking meal during Ramadan, organized by the Union of European Turkish Democrats.

More than five million Turks live outside the republic, with more than 2.8 million eligible to vote. Yildirim pointed out that the number of Turkish voters in Europe equals five percent of the electorate, comparable to the number of voters in Izmir, Turkey's third city.

As of last year, Turks have been able to vote from their resident countries, in what Yildirim called a long-fought battle.

Union Chairman Suleyman Celik said that it is very important for expat Turks to use their right to vote as this would give them leverage when making future demands.

Turkish voters will go to the polls on August 10. It will be the first time the president is chosen by popular vote. Should none of the candidates take more than 50 percent of the votes, a second round will take place on August 24.